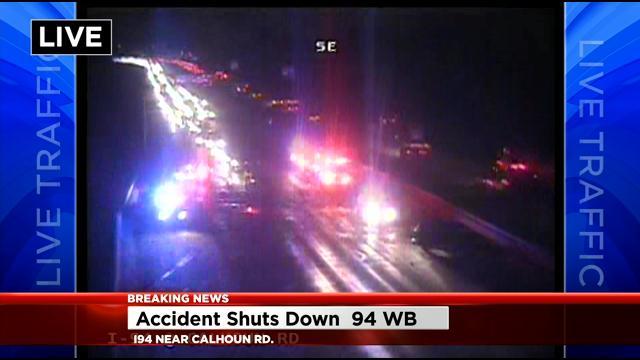 All lanes of I-94 westbound near Calhoun Road in Waukesha County have reopened following an accident involving several vehicles.

Additional details about the crash have not yet been released, but officials with the Waukesha County Sheriff's Office says deputies responded to a multi-vehicle crash with injuries just before 6 a.m.

All westbound lanes were blocked immediately after the crash as vehicles involved were scattered about the highway, but the vehicles were moved so traffic flow could continue. Westbound traffic was down to two lanes as crews continued working to clear the scene.

The scene was cleared just after 7 a.m.