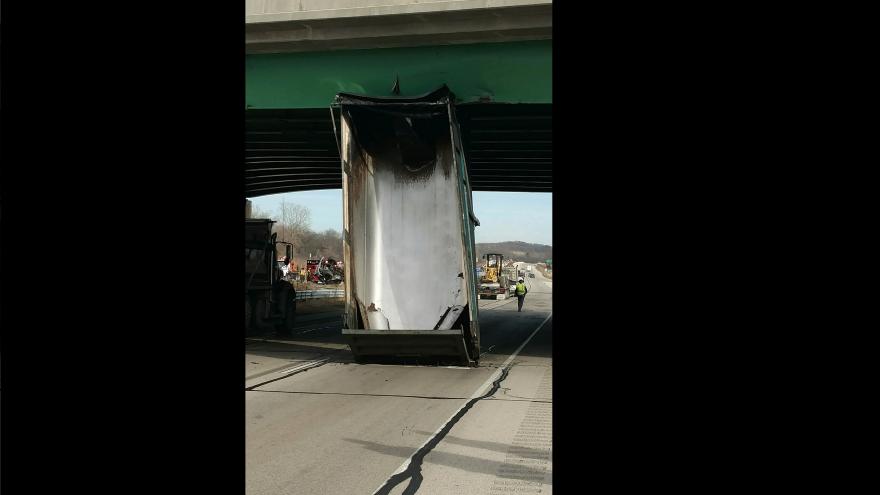 WAUKESHA COUNTY, Wis. (CBS 58) -- A Friday afternoon crash on I-43 shut down parts of the freeway for two hours. Around 1:00 p.m. the Sheriff's Department was called for the crash after a dump truck driving north on I-43 with the box up hit the Racine Avenue overpass.

The box detached from the truck and got lodged under the bridge. The truck rolled and came to rest in the south lanes of I-43.

Racine Avenue was closed for about 90 minutes until an inspector determined that the bridge was safe.

No other vehicles were involved in the crash. The driver of the dump truck was taken to Froedtert Hospital with injuries.