UPDATE: All lanes of I-43 reopened after crash involving semi 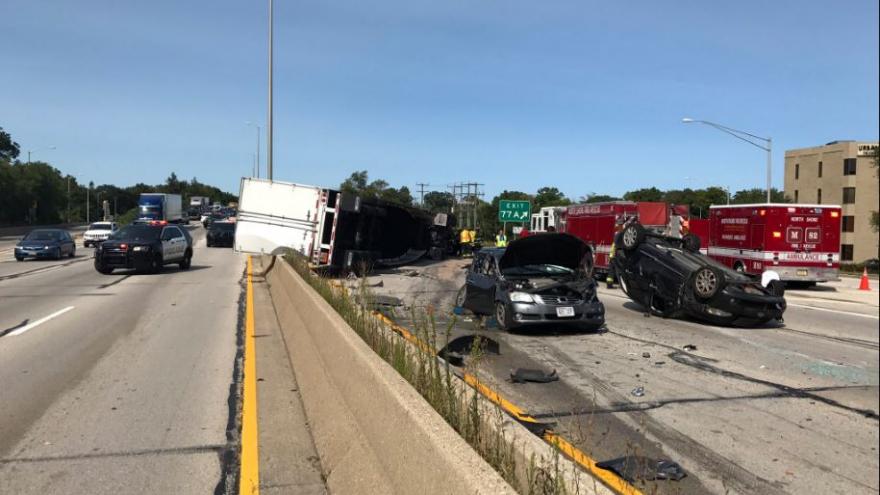 UPDATE: MILWAUKEE (CBS 58) -- All lanes of I-43 are reopened after a multi-vehicle crash Friday afternoon.

The crash happened around 2:00 p.m. Friday in the northbound lanes of I-43 in Glendale. A semi-truck tipped over and landed on top of a car. We're told only one person was hurt in the crash and they had minor injuries. Traffic was closed for about four hours.

Truck that flipped on I-43 has finally been removed, NB lanes remain closed. pic.twitter.com/zCdBlz2lyq

MILWAUKEE (CBS 58) -- I-43 north is closed at Hampton Avenue due to a multiple vehicle crash including a semi rollover. Northbound traffic is being diverted off at Capitol.

There are multiple patients and extrication of at least one person is ongoing. According to North Shore Fire Department, only one person suffered minor injuries.

First responders are asking for the public to avoid the area. I-43 south traffic is also heavily impacted.