RACINE COUNTY, Wis. (CBS 58) -- The semi driver who died at the scene has been identified as 61-year-old Mark Verheyen of Wrightstown, Wisconsin.

RACINE COUNTY, Wis. (CBS 58) -- The interstate is now back open after a deadly semi crash shut down both directions of I-94 for several hours Thursday morning.

The crash happened near Apple Holler around 3:30 a.m.

Racine County Sheriff's Officials say a semi was parked on the interstate possibly because of a flat tire. Another semi was driving northbound on I-41/94 when it crashed into the stopped semi.

The stopped semi ended up on its side and the semi that crashed into it had major front-end damage. The accident caused huge backups on the highway Thursday morning as crews worked to remove both semis.

The crash is still under investigation. The condition of the surviving driver is unknown.

Authorities say the crash happened around 3:38 a.m. near State Highway 11. One of the semi-trucks was on its side. Officials say one of the trucks was stopped on the highway for a possible flat tire. The other semi-truck hit the stopped truck causing it to flip. 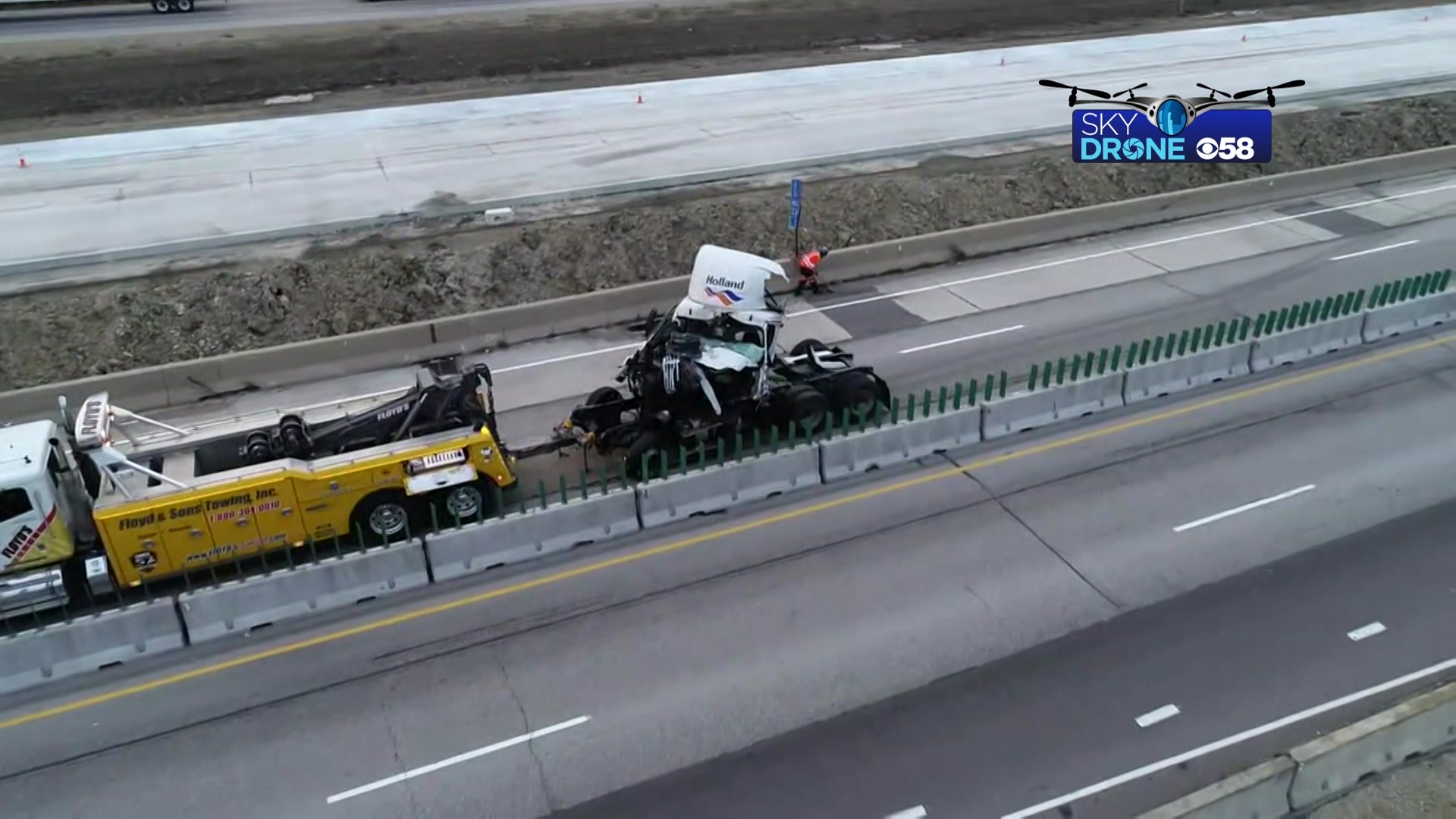 As of 7 a.m., the highway remains closed. Drivers are advised to use alternates.

Here is an UPDATED detour for the freeway shutdown in Racine County. HWY 31 for NB and US-45 for SB. @CBS58#ReadyTrafficpic.twitter.com/piIAlgyszb

No other information is available at this time. The investigation into the incident is ongoing.

RACINE COUNTY (CBS 58) – All lanes of Interstate 41/94 are closed near County KR in Racine County due to a semi crash early Thursday morning.

CBS 58 crews on the scene say the medical examiner is at the site of the crash.

Drivers are asked to use alternates routes.

Here is your detour for the full freeway closure along I41/94. Both NB and SB is closed. Use 1st st to WIS 31 north then take WIS 11 to interstate. @CBS58#ReadyTrafficpic.twitter.com/SX1zZAquZS

Here’s our first look at that crash in Racine County along I41/94NB/SB at KR. Use secondary roads and avoid the freeways. @CBS58#ReadyTrafficpic.twitter.com/Ehmofp39jY