Husband, father killed in hit-and-run on way to work 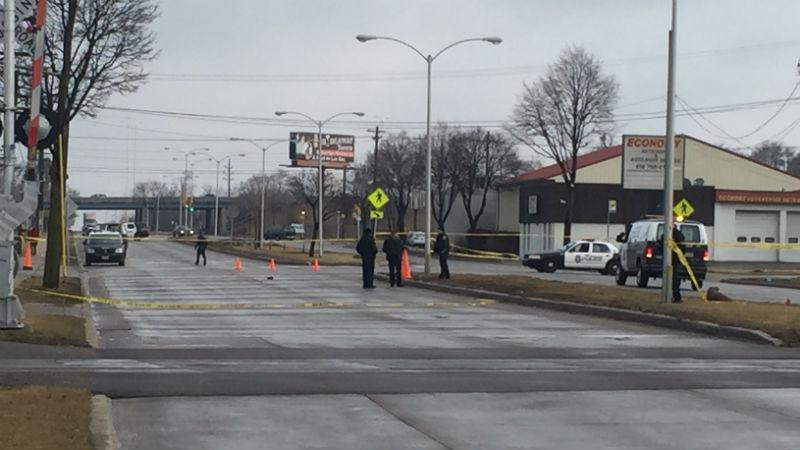 Milwaukee police are looking for the driver involved in a hit-and-run that killed a 61-year-old man.

It happened near 91st and Fond du Lac on the city's northwest side around 5:45 Wednesday morning.

Family members tell CBS 58 their loved one got off the bus to go to work at the nearby Goodwill. Officials said it's a place he's worked for nearly 10 years. His shift in the laundry department started at 6 a.m.

\"He was a wonderful man and everyone respected him. He always challenged himself and I think that says a lot of the man as well,\" said Cheryl Lightholder, Goodwill Communications Manager.

Officers said the victim was walking westbound across 91st Street, when he was hit by a speeding van headed southbound. Police said the driver of the older model, blue minivan stopped briefly, but then drove off.

The Milwaukee man died at the scene.

It is a traumatic day for the victim's family and those he worked alongside at the Goodwill. In fact, two of his co-workers witnessed what happened.

Grief stricken by the tragedy, officials at the Goodwill have a counselor on site to them help and others cope with the sudden loss.

\"Everything comes from God and we have known that everybody will go, but the way he died is really devastating,\" said Abi Shakur Ali, the victim's nephew. \"It really touched our heart.\"

\"I know the respect that he was held with by every employee in there because they're so devastated by this,\" said Lightholder, \"It's like a member of our family is gone.\"

The victim leaves behind a wife and kids. Family members said his youngest is around 1-year-old.

If you have any information about this investigation, call District Four Police at (414)935-7241.
Share this article: