Hurricane Matthew: 'This storm will kill you,' Florida Governor says 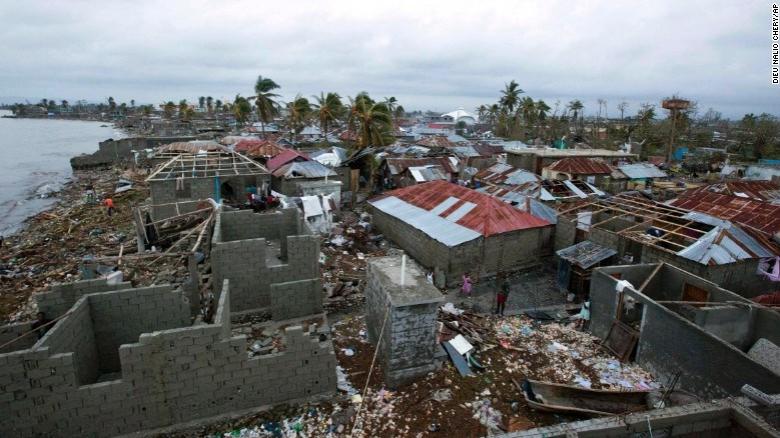 (CNN)Hurricane Matthew is pummeling the Bahamas right now, and its dangerous winds have picked up speed as the storm continues north. Its next stop is most likely the United States.

Here's what you need to know now about the powerful storm that forecasters say is gaining strength:
• The storm has already killed at least 113 people in three Caribbean countries. The overwhelming majority, 108 people, died in Haiti, said Civil Protection Service spokesman Joseph Edgard Celestin.
• Hurricane Matthew remains a Category 4 storm with winds of 140 mph, according to the latest National Hurricane Center advisory. As of 2 p.m. ET, Matthew was located about 125 miles east-southeast of West Palm Beach, Florida, and is expected to make a northwest turn toward the peninsula sometime Thursday night or early Friday.
• Daytona Beach, Florida, Mayor Derrick Henry told CNN he fears residents might be emboldened by the fact that his city hasn't seen a direct hit from a hurricane in four decades. "We're not immune. ... Get out. That is our message and that is our hope. Worry about your possessions later. Take care of your life now. You only have one life," he said. St. Augustine Mayor Nancy Shaver issued a similar warning.
• Authorities urged more than 2 million people to leave their homes in coastal Florida, Georgia and South Carolina as the storm neared -- the largest mandatory evacuations in the United States since Hurricane Sandy hit the East Coast in 2012.
• Based on the latest projections, Matthew could make landfall in Florida as a Category 4 hurricane. It could also skirt the coast as it continues north. While Matthew's outer bands were already starting to hit Miami-Dade County by mid-morning, Mayor Carlos Jimenez said there's a bit of good news: "The probability of sustained hurricane winds has gone down 13%." The latest advisory says hurricane-force winds will extend 60 miles from Matthew's eye, while tropical storm force winds will impact areas 160 miles from the eye.
• Florida Gov. Rick Scott offered a dire warning Thursday morning for people living in evacuation zones: "This is serious. ... If you need to evacuate and you haven't, evacuate. This storm will kill you. Time is running out. We don't have that much time left."
Share this article: