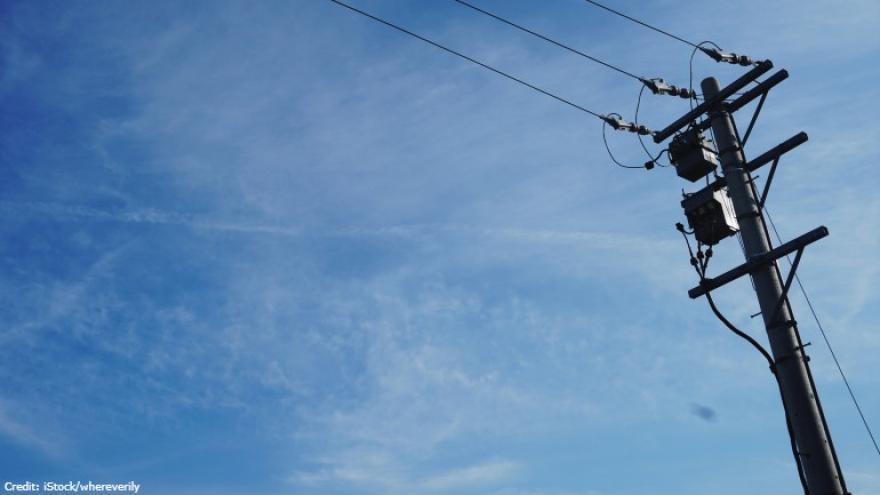 (CNN) -- Damage to power poles from Hurricane Ida across two states was greater than that caused by Katrina, Ike, Delta and Zeta combined, according to Entergy, which provides electric service to more than 1 million customers in Louisiana.

"Our crews are encountering massive damage -- particularly in the hardest-hit areas," Entergy Louisiana Vice President of Distribution Operations John Hawkins said. "We have assembled a storm team of nearly 26,000 people who will not stop until the last light is back on."

Entergy said 30,679 poles, 36,469 spans of wire, and 5,959 transformers in Louisiana and Mississippi were damaged in the storm. The number of poles damaged or destroyed is more than the number for hurricanes Katrina, Ike, Delta and Zeta combined, the company said.

More than 415,000 customers were still without power in Louisiana on Tuesday morning, as cleanup and recovery efforts continue more than a week after Hurricane Ida made landfall in the state, according to PowerOutage.us.

While some people in the hardest-hit areas may not have power until the end of the month, Entergy said Tuesday morning it has now restored power to more than half of all customers who lost power as a result of the storm -- and almost 70% of its customers in New Orleans.

"We have made significant progress in getting the lights back on for our customers in spite of all the challenges we are facing," Hawkins said.

Lafourche, Lower Jefferson, St. Charles and Terrebonne parishes and parts of Plaquemines Parish are still expected to be without power until September 29, according to Entergy's website.

Terrebonne President Gordon Dove said his parish will be getting electrical transmission on Thursday, however.

"We'll be lighting up Terrebonne from Thursday on," Dove told CNN on Tuesday. "And of course there is still a lot of poles down, and we have three utility companies here, aggressively preparing them and getting them underway."

With some people relying on generators for power, the Louisiana Department of Health is reporting that four people have died of carbon monoxide poisoning, and 141 people have been treated for inhalation of the "deadly, odorless gas" since the hurricane.

Emergency room visits for carbon monoxide poisoning were reported in Greater New Orleans, Baton Rouge and other areas in the past week, the department said in a release on Monday.

The Jefferson Parish East Bank Consolidated Fire Department alone responded to 413 carbon monoxide-related calls by Sunday, according to Chief Dave Tibbetts. Typically, the department has just 12 to 20 such calls over a three- or four-month period, he said Sunday.

The state health department urged residents to "please use your portable or stand-by generator safely" by following the advice from the Office of the State Fire Marshal, which includes placing generators at least 20 feet away from a residence.

Parts of southeast Louisiana are under a heat advisory on Tuesday from 11 a.m. to 5 p.m., with heat index values forecast to reach as high as 105 degrees.

Humidity levels will continue to be high Wednesday, although heat advisories "do not appear to be necessary," according the National Weather Service in New Orleans.

Some relief from the humid conditions is expected Thursday night as slightly cooler, drier air filters into the region, but temperatures and humidity are forecast to rebound into the weekend.