Hunters Reunited with the Dog they Saved from the Camping Bag 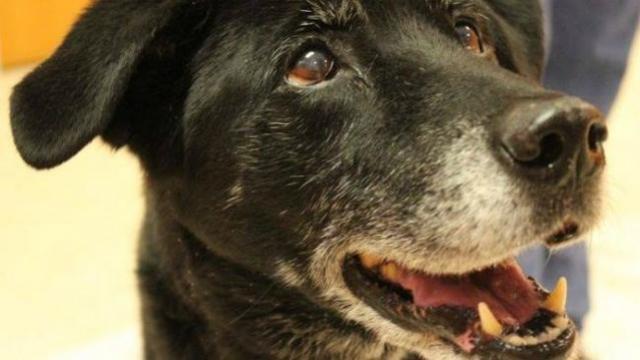 Columbia, County - The hunters who found an injured black lab in a camping bag in Columbia County last week visited the dog Tuesday, according to a post by the Columbia County Humane Society.

“Although Misty isn't taking visitors, we made an exception for these young men,” posted the Humane Society.

Three out of the four hunters that found her met with her and brought her supplies.

“We are so thankful to this group of young men for alerting the authorities and saving Misty. Pictured left to right is: Ty, Carl and Nate. Not pictured is Cody. They were so excited to meet her. It was very heart-warming to see how much they cared about her and they barely knew her. Thank you so much Ty, Carl, Nate and Cody,” posted the Humane Society.

A Pardeeville woman admitted to hitting her dog in the head with a hammer before abandoning her in the parking lot of a Columbia County hunting area Thursday.

In a criminal complaint released Monday, the dog’s owner, Terri L. Benson, told a sheriff’s deputy that Misty had been “acting goofy” and was seizing.

Benson told the deputy she took Misty for a ride because she thought the dog was dying, but she couldn’t afford to euthanize her.