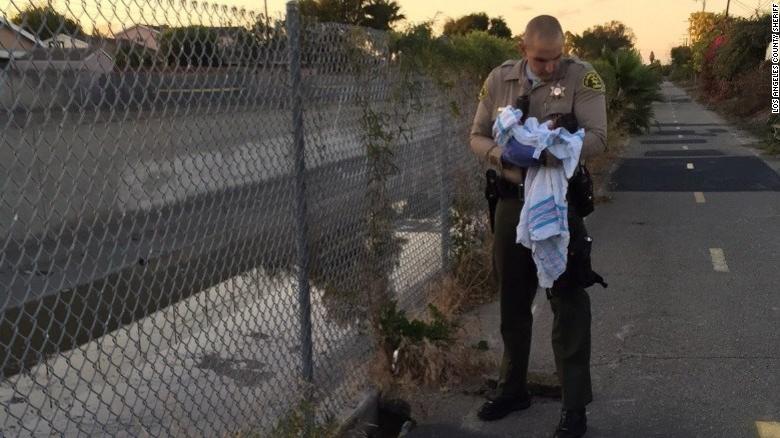 (CBS NEWS) COMPTON -- Detectives continued to search Monday for a mother suspected of burying her newborn baby girl alive near a riverbed in the city of Compton, CBS Los Angeles reports.

Around 4 p.m. on Friday, deputies were sent to the area between 136th Street and Slater Avenue for report of a baby crying in the riverbed, according to the Los Angeles County Sheriff's Department.

Upon their arrival, authorities heard a "baby's muffled cry" and located the infant buried alive under pieces of asphalt and rubble.

Deputy Collette rescued the infant from inside a crevice located along the bike path.

According to deputies, the baby was cold to the touch and was wrapped in a hospital-issued blanket.

A preliminary investigation revealed the infant was believed to have been born within the previous 36 to 48 hours.

The victim remains listed in stable condition and remains under hospital observation.

As a reminder, a newborn can be dropped off at any hospital or fire house within 72 hours of birth under the Safe Surrender program. No questions will be asked at the time of surrendering the baby.

Anyone with information regarding the whereabouts of the newborn's mother has been urged to contact the Los Angeles County Sheriff's Department at (877) 710-5273.