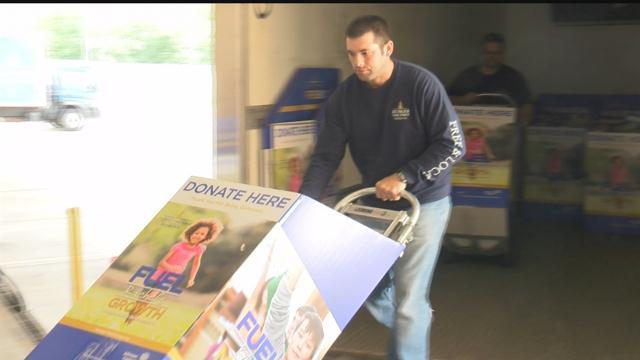 The campaign’s goal is to make sure all local families have food on the table.

They started loading up donation boxes to give to local grocery stores during yesterday's kick-off event at Hunger Task Force headquarters.

Over the years, shoppers have given more than nine million pounds of food to local food pantries, soup kitchens and homeless shelters.

"Food for Families" has been a tradition in Milwaukee for more than 30 years.

CBS 58 will once again have a role in this year's "Food for Families" drive.

Watch for details about our special collection effort coming up on the day before Thanksgiving.