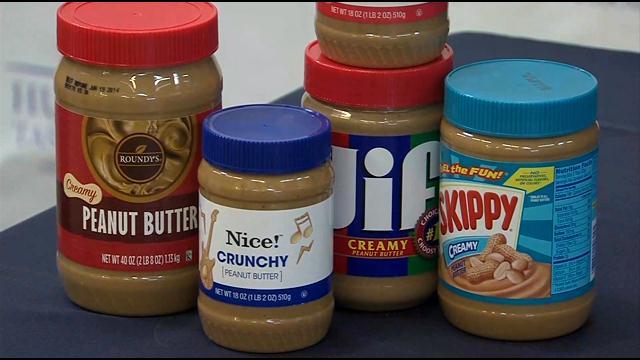 It's a staple for many families and always in high demand at the Hunger Task Force: Peanut Butter.

The agency is calling on members of the community to apprehend as much of it as they can and donate it. The goal is to collect 50,000 jars of the sticky bandit as part of the \"Wanted: Peanut Butter\" campaign.

The creamy or crunchy food, that can be eaten for breakfast, lunch or dinner, is being targeted for its nutrition and taste.

Each month, 35,000 people get a jar of peanut butter in food bags prepared by the Hunger Task Force. About 10,000 more seniors receive it in a stock box.

So, the agency is in need of more supply.

Sherrie Tussler, executive director, said the \"Wanted: Peanut Butter\" campaign began three years ago after the food got to be nearly six dollars a jar.

\"There was a peanut blight and there was a closure of a USCA plant that was producing peanut butter and so those two factors, in combination, made peanut butter unaffordable for us,\" she said. \"It's back down to a reasonable price now, so we're happy to say people can pick up one, two, three, or four jars and donate it.\"

The campaign to collect peanut butter runs through March 9th.

In addition to the Hunger Task Force, more than 100 Walgreens stores and 60 Milwaukee county fire stations will serve as drop-off locations.