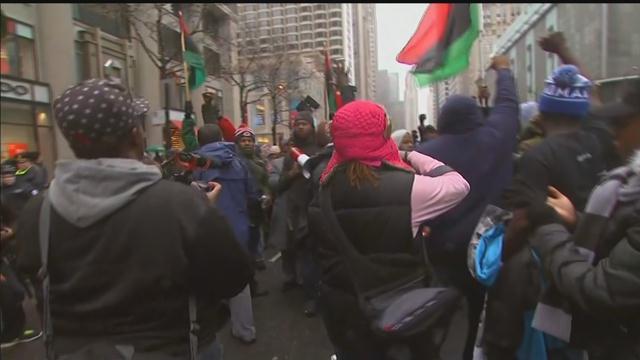 Hundreds lined Michigan Avenue in downtown Chicago on Black Friday morning starting at 11:00 AM to protest their outrage over an officer's killing of teenager Laquan McDonald.

CBS Chicago is reporting the protesters are trying to shut down Michigan Avenue.

"Police believe they can kill our kids with no reprocussions," said one protester to CBS Chicago.

The protests were organized by collective of grassroots organizations, according to protesters.