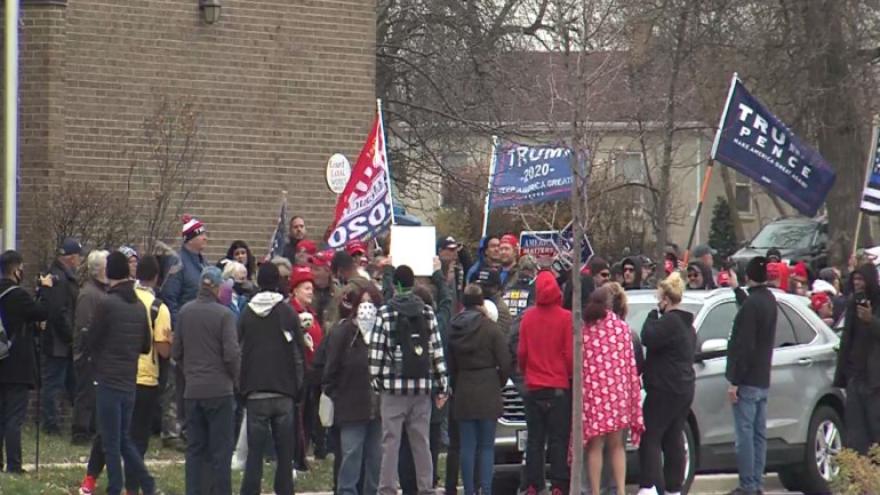 MILWAUKEE (CBS 58) --- It has been one week since Joe Biden won the presidential election. But, people across the country, including Milwaukee, protested the election results Saturday, Nov. 14.

There was also a counter protest, which led to a clash between the two groups.

CBS 58 reached out to Milwaukee police about any possible arrests, but they say no one was arrested.

In our nation's capitol, thousands of people attended a rally in support of President Trump and to protest the election results. The event was marketed as a "Million Maga March".

Among those who gathered for the protest, included roughly 100 members of the far-right extremist group, "The Proud Boys".

Others could be seen wearing paraphernalia, associated with other white supremacist groups.