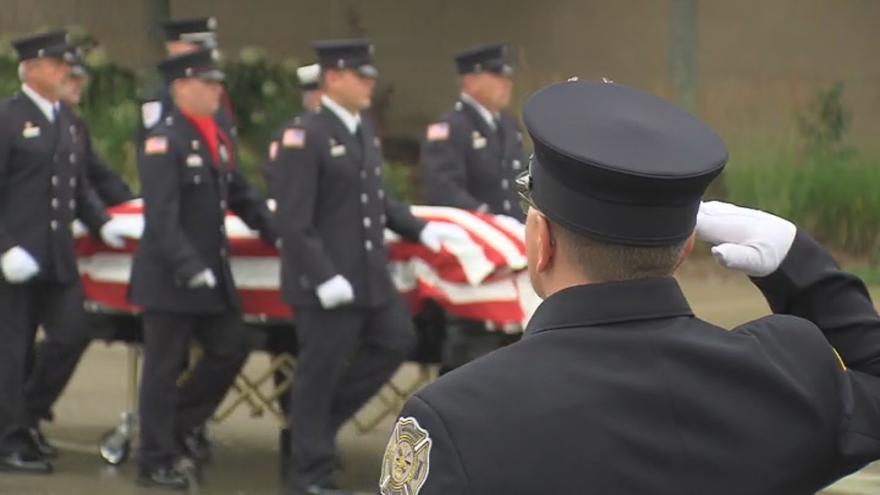 That included dozens of firefighters from departments across the state, including Milwaukee, Wauwatosa, and Waukesha.

For one last time people came out to show their respects for volunteer firefighter Cory Barr.

“He was someone who was very well liked by not just the department but the whole community,” says honor guard commander Brent Jones.

Barr also grew up in the area.

“That poor fireman that lost his life saving so many other people, it could have been a lot worse,” says Marge Birrenkott. “The whole town is forever grateful. He was such a hero”.

More than 700 men and women in uniform from across Wisconsin and neighboring states came out to show support.

“You see that comradery because we know in the back our minds that it could either be us or someone that we know,” says Jones.

Jones says Captain Barr’s name will be added to the wall at the memorial park in Wisconsin Rapids.