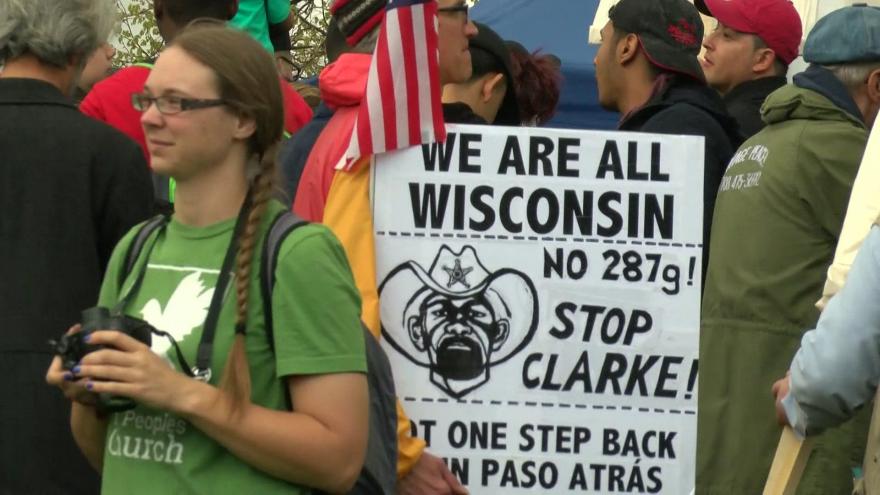 Hundreds of people came out and demanded that Governor Scott Walker remove Sheriff Clarke from office.

Dozens of people were chanting, \"Hey, hey ho, Sheriff Clarke has got to go.\" Several people had signs demanding that Clarke be indicted.

Many protestors say they want Clarke to face criminal charges for the four jail deaths last year. Even Dan Black, the man suing Sheriff Clarke after claiming he was unlawfully detained at the airport, took place in the march.

\"Sheriff Clarke obviously has no regard for human life or immigrant families. He's been completely hostile to families and members of our own community. These are our friends and family and neighbors and we stand against Sheriff Clarke 287G, and we're asking for him to be indicted,\" said Jacob Flom.

Protesters say they will continue to push for Sheriff Clarke's removal even after today's march.

We reached out to the Sheriff's Office for comment and have not heard back.