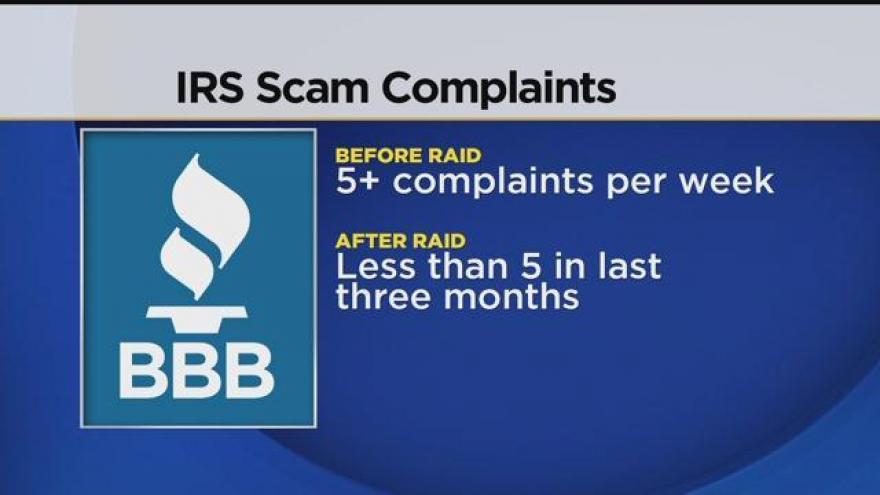 In October, dozens of people in India were arrested for posing as IRS agents. Since that raid, the Better Business Bureau said the number of complaints has plummeted.

"It has almost eliminated the tax scam," said Jim Temmer, President of the Better Business Bureau in Wisconsin.

Before the raid, the BBB was getting five IRS scam complaints per week. In the three months since the raid, they haven't even received a total of five!

"Its dropped off almost to nothing," Temmer added.

That's great news, especially since the scammers were getting at least $150,000 per day.

"Now, that's not to say another group is gonna pick up that slack and take over. And if they're going to be in India or overseas somewhere, that could very easily happen," Temmer added.

The IRS Scam was number one last year on the BBB's Top Ten Scams of 2016. Debt collection scams, sweepstakes Scams, online purchase scams were also high on the list. Don't let yourself be a victim, and if you get a scam call. tell police, and tell the BBB through their Scam Tracker by visiting www.bbb.org/scamtracker/us/reportscam.