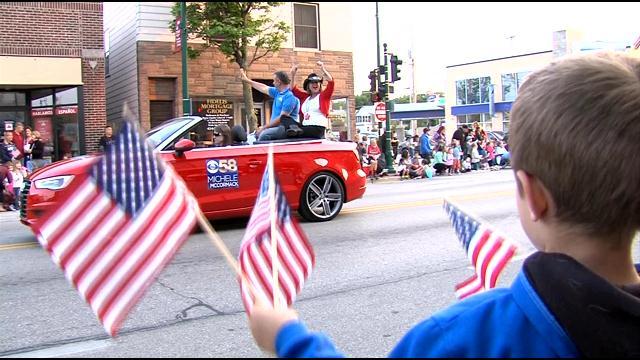 Sunny skies made for one of the largest turnouts in recent history for the annual West Allis Independence Day Celebration.

The parade is traditionally held a couple of days before the July 4th holiday so the community can come together and spend the actual holiday with family.

Several generations were represented both in the parade and along the route.

CBS 58's Kevin Holden and Michele McCormack were honored to ride in a convertible provided by International Autos of Wisconsin.

It was quite moving to see the Veterans along the route next to young children waving American flags.

CBS 58 would like to thank everybody who took part and especially thank our military families on this weekend where we pay special attention to the cause of freedom.

July 4th has been a federal holiday in the United States since 1941. But the tradition of marking the day goes back to the 18th century and the American Revolution.

On July 2nd, the Continental Congress voted in favor of independence  and two days later its delegates adopted the Declaration of Independence from British Rule.

The historic document was written by Thomas Jefferson.

For more information on the West Allis event click here