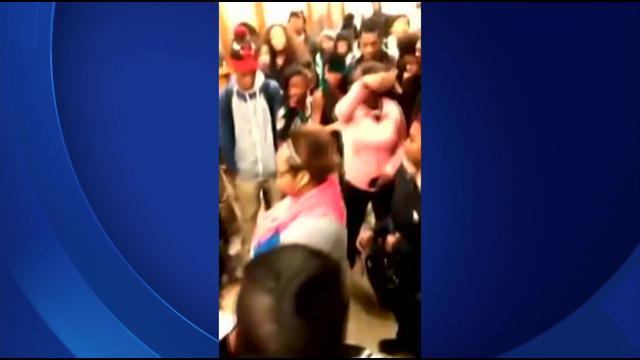 The School District confirmed the incident is being looked into.

According to the spokesperson for Milwaukee Public Schools, Tony Tagliavia, four students were involved in the fight that happened on Friday.

Tagliavia sent CBS 58 a statement Monday afternoon in regards to the incident.

“There was an incident before classes began on Friday. It did not involve any outsiders in the building. Safety aides and the school leader responded and we are taking appropriate disciplinary action against those students involved.”

The video was titled “SCHOOL FIGHTS CHICAGO GIRLS V.S. MILWAUKEE GIRLS”, and it was posted on YouTube over the weekend.

The video was taken off YouTube Monday afternoon, only a few hours after CBS 58 inquired about the incident.

Ashanti Skotzke, a senior at Pulaski High School told CBS 58 the fight started between students who had been trash talking with each other on Facebook.

“The girls are from Chicago,” said Skotzke. “But they live here.”

Tagliavia told CBS 58 security responded to fight within 45 seconds after the altercation began.

According to the Tagliavia, no one required medical attention after the fight.