How to drink like an American (and be historically accurate) 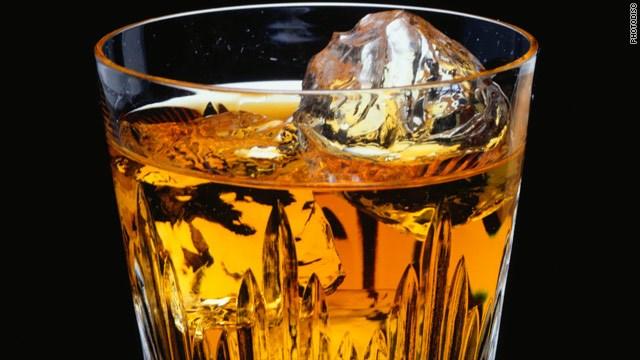 There are few things Americans have both loved and fought about more than alcohol.

Despite being a nation founded by Puritans and that underwent a period of federal alcohol prohibition, this is a nation that has long enjoyed a stiff drink -- especially in the early days of the republic. Part of that history is now on display at a new exhibit at the U.S. National Archives in Washington.

In the first decades after gaining independence, Americans embraced a robust drinking culture: By 1830, our forefathers consumed more than seven gallons of pure alcohol per adult per year -- two and a half times as much as Americans drink today.

\"Our founding fathers were known to drink a little bit,\" said A'Lelia Bundles, president of the National Archives Foundation. \"A lot of our major documents were created while they were drinking.\"

Indeed, George Washington ran his own distillery from his estate after his presidency, Thomas Jefferson curated a renowned wine collection and Andrew Jackson made his own whiskey. Today, President Barack Obama brews his own beer on the White House grounds.

The heavy reliance on alcohol in the early 19th century helped plant the seed for the temperance movement, which, after many decades of aggressive activism, succeeded in convincing the nation to ban the production and sale of alcohol through a rare constitutional amendment.

But even that ban on production didn't keep liquor out of people's hands. Bootleggers flourished. Even President Franklin Roosevelt held a weekly cocktail hour with his close advisers in the White House while his administration cracked down on alcohol production.

The prohibition experiment would last just 13 years. The states ratified another amendment that ended it in 1933.

Since repeal, American attitudes toward drinking has ebbed and flowed -- consumption remains below three gallons per adult per year to this day -- and the product is regulated through a hodge-podge of federal, state and local laws that govern production and distribution.

In 2014 alone, the wine, beer and spirits industries spent a combined $23.6 million on federal lobbying efforts, a clear indication that the story of America's strange tango with booze lives on beyond the walls of a history museum. But for those wondering how we got here, the U.S. National Archives exhibit is a great place to start.