How to celebrate World Beard Day 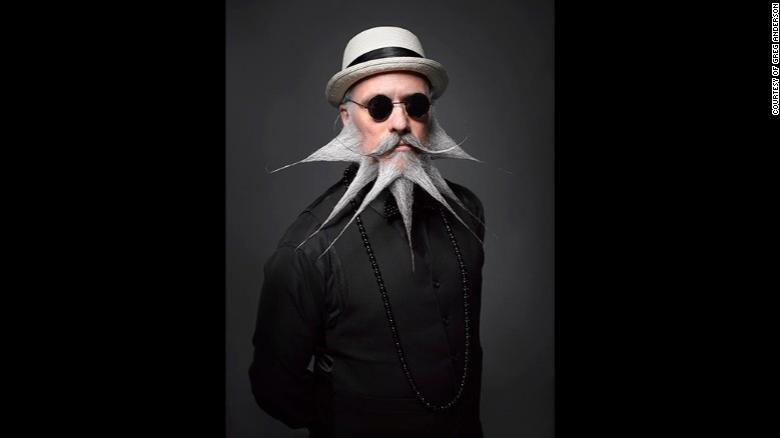 (CNN) -- Bearded folks and the people who love them are celebrating facial hair Saturday for World Beard Day.

Whether you prefer a goatee, Van Dyke, mutton chops, or chin curtain, there are various ways to mark the annual event, which falls on the first Saturday in September.

First, make sure you brush up on beard facts. The longest beard in the world, grown by Hans Langseth in 1927, was a staggering 17 feet 6 inches long. The Smithsonian Museum in Washington has his beard in storage. The second longest beard measured in at 12 feet long.

It's a made for social media holiday, with bros, sports teams and even women sharing their most impressive manes.

The \"Official World Beard Day All-Bearded Human Pyramid\" pits countries against each other in a battle for national pride. Last year, the United States pulled out ahead of Australia in the last minute with a pyramid of 22 bearded men compared to Australia's 19. Will the United States defend its title this year? The winners take home bragging rights.

If pyramids aren't your thing, how about a hatchet toss? In Australia, the Sydney Facial Club went beard-to-beard with Beard and Mustache Club of Canberra (aka, Canbeards) in the finals. The competition was close but the Canbeards took the win.

If you don't want to attend any of the beard celebrations alone, check out Bristlr, the dating app for connecting beard lovers.

If you don't have a beard no worries go to your local party supply store and pick up some fake facial hair.

But whatever you do today, don't break the honored rule, no shaving!