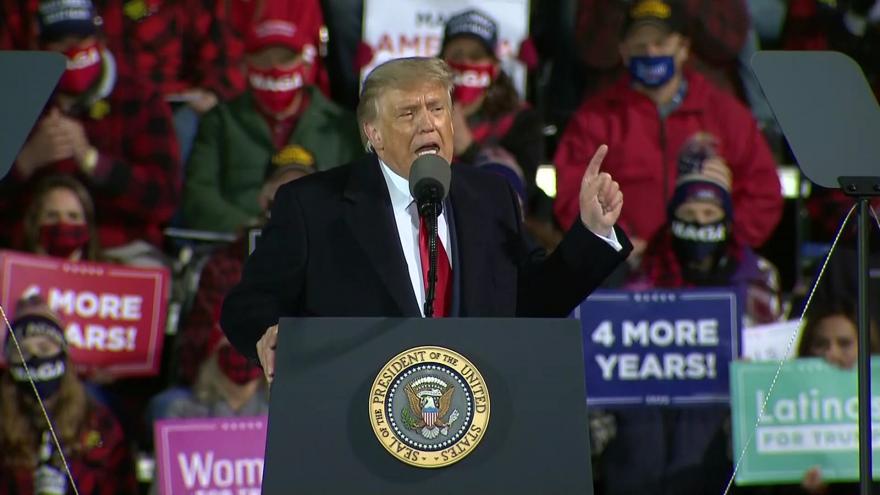 MADISON, Wis. (CBS 58) – Recent polling shows President Donald Trump has to make up ground in key states like Wisconsin in order to catch up with his opponent, but his quarantine from the coronavirus will mean that his best tool to accomplish that – in-person campaign rallies – is now sidelined.

“That’s the purpose of these big rallies, these in-person rallies, is to get your base excited to get them to turn out to vote,” David Canon, a political science professor at UW-Madison told CBS 58. “Trump is the master at that, that’s the best thing about his campaigning are those big rallies. And so, taking away that part of his campaign will mean the other aspects of campaigning will have to step up to fill that void.”

In a statement, Republican Party of Wisconsin Chair Andrew Hitt said that, “President Trump has spent the better part of four years fighting on behalf of hard-working Americans. Now Republicans in Wisconsin get to return the favor, and will be working harder than ever to effectively get out the vote for our president.”

While Joe Biden continues his campaign travel, Wisconsin Democrats said they do not expect too much to change in campaigning now as they have taken precautions throughout the race.

“We’ve been very much so the party of listening to science,” Chris Walton, the chair of the Democratic Party of Milwaukee County said in an interview. “We’ve been doing a lot of virtual events, we have a lot of virtual phone banks and calling and texting. We haven’t been out on doors as much especially with how things are in Wisconsin but we’ve been making sure we’re part of the community as much as we can.”

Canon added that even with Trump’s mobility restricted and Biden still remaining cautious, both sides will continue to move ahead with campaigning because of the short timeframe between now and Election Day.

“Both campaigns are going to try to go at full speed to the extent that they can,” Canon said.