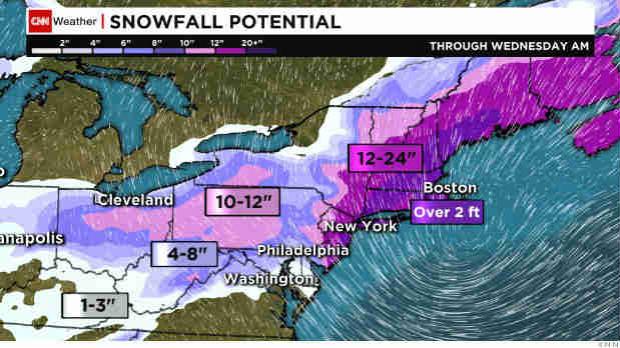 Even though our \"snow fun\" is about to begin, those who were impacted by last week's big snowstorm in the Northeast and New England are still feeling the effects of it, especially financially.

One research firm has determined losses from the event could total around a billion dollars.  It's estimated a one-day storm in Massachusetts costs the state close to $265 million, three-quarters of the amount can be traced to lost wages.  In New York state, the total cost is $700 million.

When businesses miss out on customers and workers lose out on wages, the government doesn't collect sales taxes, payroll taxes, and income taxes, all useful to pay for things like clearing roads.