How much are pennies really worth? 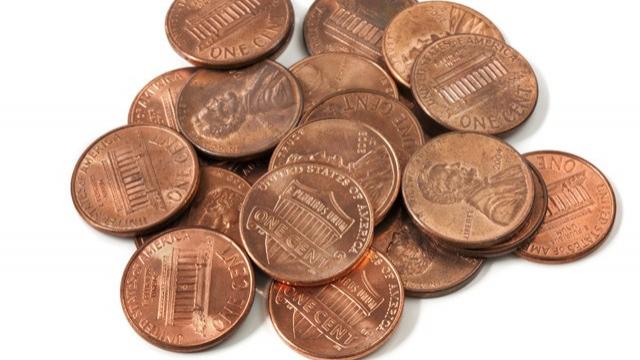 A penny is worth a penny, unless you're able to get your hands on a very special one.

The website cointrackers.com recently listed the most valuable coins, causing a frenzy among some who collect coins as a hobby.

Betty Taylor of Milwaukee has been collecting coins for over 20 years. When she heard that the 1943 and 1944 pennies were valued at about $100,000, she got excited.

\"I said okay, well I have a couple of steel ones\", said Taylor, who went to the Greater Milwaukee Coin in Waukesha to talk to an expert and find out how much her pennies were really worth.

\"Unfortunately, they were not worth what I thought they were,\" said Taylor after showing her pennies to store owner and coin collector, Ken Konig.

Konig said her pennies were only worth maybe a nickel or a dime. He explained, that it's not just the year that matters or the element the penny is made of. What matters, is how many were made that year.

Konig adds he's had an unusual amount of calls coming in due to the recent listing on the cointrackers.com website. But he wants to make sure people know, only the rare ones cost thousands.

So look again, coin lovers. And if you find one, make sure you don't clean it. Konig says, that can hurt the value of your coin.
Share this article: