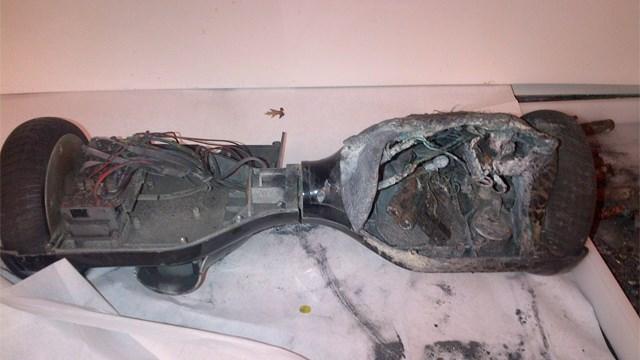 Fox River Grove Fire Protection District Chief Robert Kreher said the hoverboard – which is basically a two-wheeled skateboard, not a literal hoverboard – had been charging in the family room of a home in the 500 block of Essex Road when it started on fire around 4:45 a.m.

Kreher said residents had heard popping noises and then the smoke detectors in the house. Residents went downstairs, and noticed the hoverboard that was charging overnight had heated up and caught fire.

“Luckily they had a fire extinguisher, and were able to extinguish the fire. We got there, we had to just ventilate some of the smoke out of the residence,” he said.