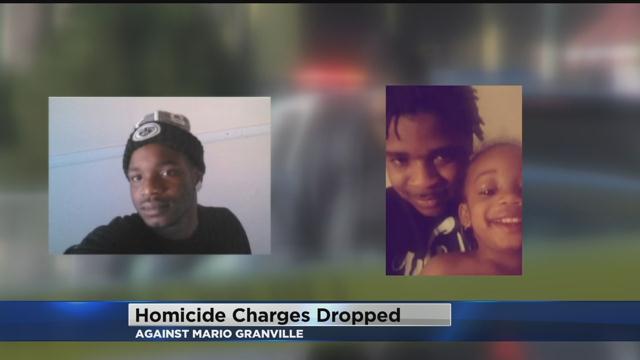 A man charged with homicide stemming from a shooting last year is going home.

He was one of two men charged in the May 2015 shootings that started from a family dispute, and led to a street fight.

When it was over two men had been shot and killed.

Granville was accused of firing the fatal shot that killed Demario Jones.

But during the trial of his stepbrother, Devon Loggins testimony made prosecutors doubt their evidence.  They said there is no conclusive evidence that Granville fired the shot.