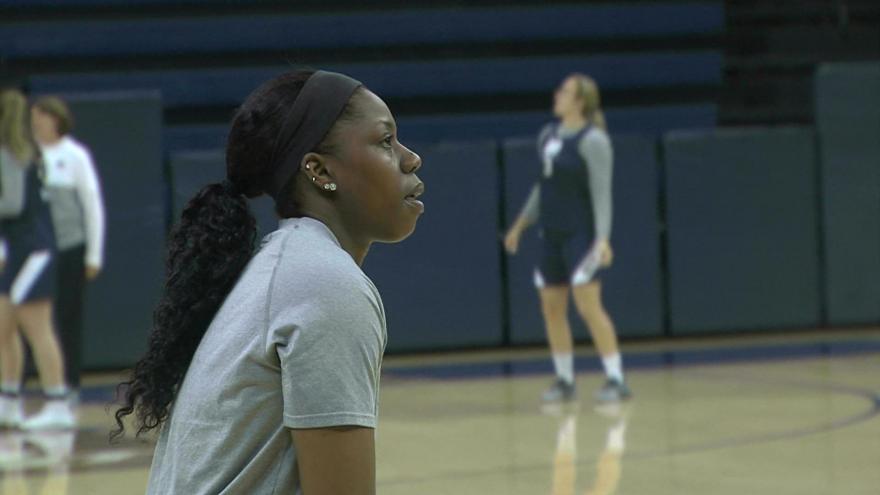 Arike Ogunbowale, a graduate of Divine Savior Holy Angels High School, is a star in her senior season for Notre Dame’s basketball team.

The Fighting Irish take on the Marquette Eagles Saturday at the Al McGuire Center.

It’s the first game Ogunbowale has played in Wisconsin since she moved away.

“I’ve been through a lot in four years,” she said. “I’ve grown a lot and how I play, my maturity level, leadership, so it’s a big difference but I’m also the same competitive girl. I want to win and have fun every time I play.”

Last season, the Fighting Irish won the title after Ogunbowale hit game-winning shots in both the Final Four semifinal and the national championship game.

She also won an ESPY award for “Best Play” in July.

Ogunbowale said she expects a loud hometown crowd for the Marquette game.

"It's just really exciting to be able to play in front of all my friends and family for the first time since high school, since I played in Milwaukee, so I'm really excited," she said.

He says he’s nervous for all of his daughter’s games.

“It’s a huge game tomorrow,” Greg said. “It’s just a good thing to come back home and play in front of people that know you and it’s going to be packed with DSHA alumni.”

Greg coached Arike in AAU basketball, and three of her teammates from back then now play for Marquette.

"I get to ride home with my parents like old AAU games or old high school games and get right in the car with them and go home,” Arike said. “I live like 15 minutes away. I'm excited to play the game but also excited for the break coming up."

Greg says he never imagined Arike could turn into the woman she has.

"The character and behavior, that's more important than the basketball skills," he said.