Homeowners Tricked Into Letting Robbers Into Their Home 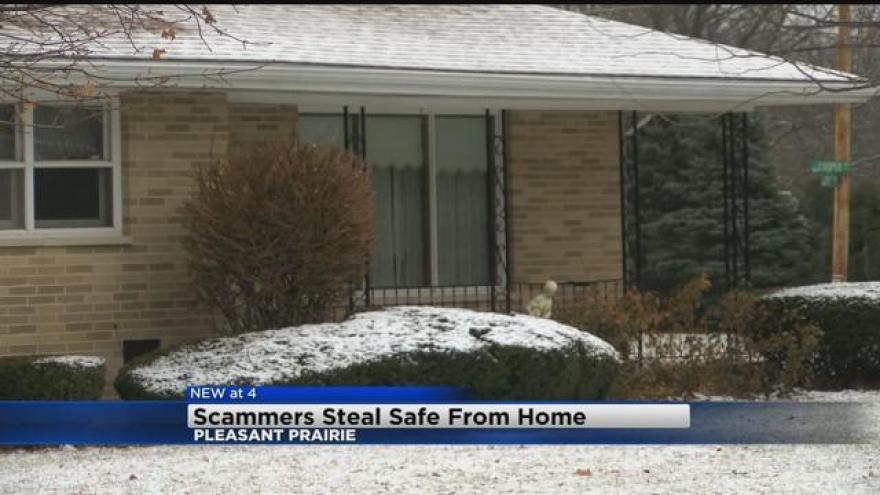 Pleasant Prairie Police are warning of a homeowner that was tricked into letting robbers into their home.

They walked right out the front door with a safe.

The suspects were able to get inside by posing as construction workers.

Police said while these things can happen, it's uncommon for them to happen here.

Police said the crime happened around 12:45 PM on Wednesday on 86th street near Whittier School. Three suspects came to the front door claiming to be construction workers, and that they needed to check the water supply lines in the basement.

One suspect followed one homeowner to the basement, while the other two suspects remained on the first floor with the second homeowner.

It wasn't until suspects left, that the couple realized the men had gotten away with their safe.

Police are looking for a green Chrysler SUV.

They are also asking for any surveillance video from neighbors.