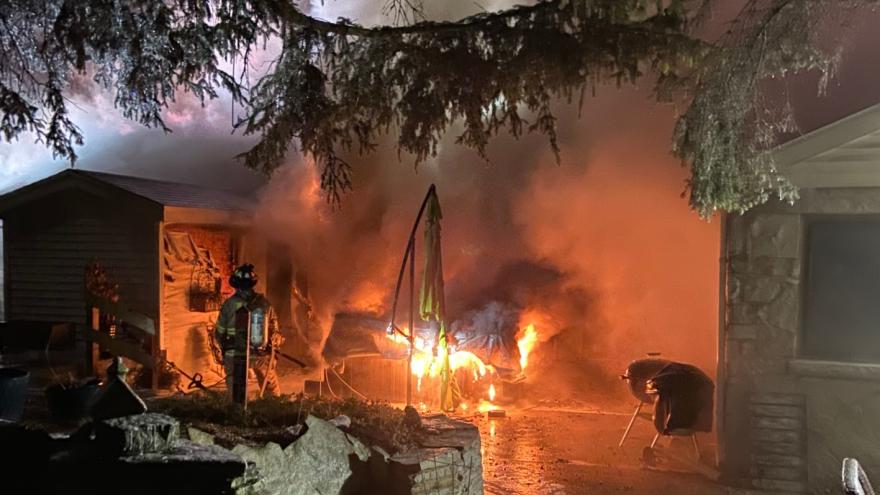 Officials were called to a single family ranch home around 10:24 p.m., where firefighters were met with heavy fire and smoke on the first floor.

Officials say everyone inside the home, including pets, got out safely.

The entire first floor and attic suffered fire and smoke damage, and the basement suffered smoke and water damage.

The American Red Cross was on the scene to assist the homeowners.

The exact cause of the fire is undetermined but appears to have started on the first floor living room area.

The fire does not appear to be suspicious.