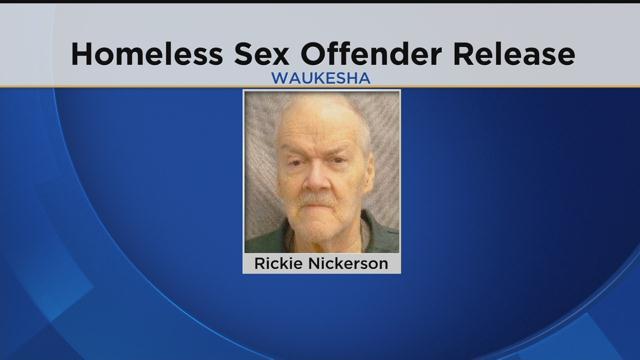 A sex offender is being released in Waukesha on Tuesday with nowhere to go.

The Waukesha County Sheriff's Office is releasing 64-year-old Rickie Nickerson into the community.

As of Tuesday afternoon, he does not have a permanent address.

Nickerson has been convicted of sexually assaulting two children.

He will be on the sex offender registry for life and will be monitored by a GPS bracelet.