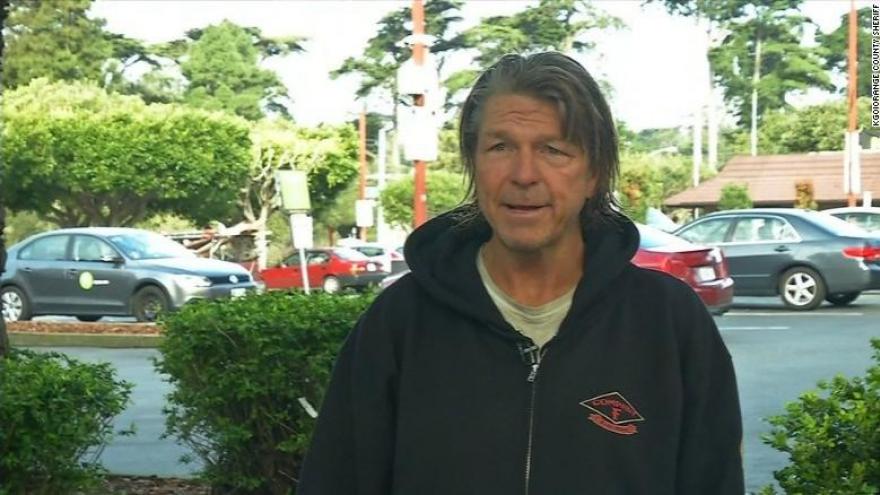 (CNN) It was customary for Matthew Hay-Chapman to go to McDonald's each day. He lived in a San Francisco park near the fast-food restaurant and would go to get coffee in the morning.

In January while on his routine walk to get his cup of Joe, he saw a white van in the nearby Whole Foods parking lot. It was odd. People appeared to be sleeping inside.

One man got out of the van, and Hay-Chapman recognized him from the newspapers he salvaged from the garbage cans. It was one of three escaped convicts from Santa Ana. The whole state was looking for them.

"That's the dude. That's got to be the guy," Hay-Chapman recalled to CNN affiliate KGO a week after the capture.

Police soon caught Hossein Nayeri after a chase and found Jonathan Tieu still inside the van.

Questions followed. Would Hay-Chapman, a homeless man, get reward money after happening on the van?

On Tuesday, the Orange County Board of Supervisors voted to give him $100,000.

Hay-Chapman told KGO in February that if he got the money, he wanted to start a new life and help his grown children who have also had struggles. Hay-Chapman, 55, told the San Francisco station that he has chronic back pain and cannot work.

Nayeri and Tieu, along with Bac Tien Duong, escaped from the maximum-security Orange County men's jail in Santa Ana. They were caught after nine days on the lam, which included shopping at Target, going to a hair salon to change their looks, taking a taxi driver hostage and getting in a physical fight over whether to kill the cabbie.

Duong, who split with the other two escapees, was caught in Santa Ana after calling police to come pick him up.

Authorities had offered a $150,000 reward for information leading to the fugitives' capture.

Three other people were awarded shares of the other $50,000. The cab driver received no money.