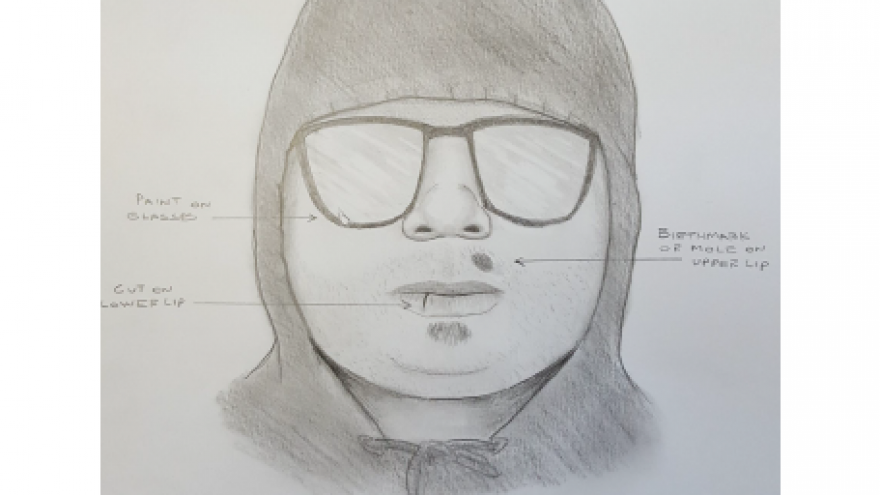 HOLMEN WISCONSIN - The Holmen Police department is asking for the public's help in identifying a man who tried to abduct an 11-year-old female from a bus stop.

Shortly before 8 a.m. on Monday morning, the 11-year-old was approached by a male in the area of Western and Mallard in Holmen, Wisconsin. The male attempted to physically take the girl to his vehicle but the girl was able to get away.

The suspect is described as a male, 5'5, stocky, dark complexion, large dark birthmark above his upper lip on the left side, large flat nose, large lips with cut on lower lip, some stubble, "soul patch" (dark hair) under lower lip, scar on right forearm on outside of wrist, fresh long cut on left thigh above knee (blood and scabbing), possible accent.

He was wearing a black hoodie sweatshirt with an unknown word in white across the upper back, light blue jeans with tears in both legs, dark colored boxers visible out the top of the jeans, brown belt, reflective sunglasses, black frames with paint on the left lens, black boots with gray and black laces, and black gloves.

The man is described as driving an olive green, 4-door with rust around wheel wells, and a silver grill. The back side windows were tinted. No back plate, front plate with blue letters starts with "B." A black plastic frame around the plate. Silver duct tape around driver's side mirror, silver duct tape diagonal across the upper left corner of the back window. Dent in driver's side rear quarter panel. Trim piece along the lower driver's side of the car that looked to be painted black.

Anyone with information is asked to notify the Holmen Police Department at (608)-526-4212. If you see this vehicle DO NOT approach it and call 911 instead.

The Holmen police are also asking businesses and residents in the general area to check their footage to see if they captured the vehicle in question. We will update this story when we receive a picture.