MILWAUKEE (CBS 58) - Cammi Granato is a Hockey Hall of Famer, a two-time Olympic Medalist, and now an author of a children's book.

"I really did love reading children's books with my kids. And I know how fun they were (for them), because they'd always go back to the same ones. The ones they loved or the pages they loved," says Granato.

The 1998 Olympic gold medalist with Team USA hopes her book has that effect on future generations. Her book, titled 'I Can Play Too', is about a young girl wanting to play hockey in a town where no other girls did.

"I based it on my experience as a kid," said Granato.

Granato grew up as one of six kids in Illinois not even knowing women could play college hockey. Hockey runs through her families blood. Her brother's Tony and Don both have NHL coaching experience. Don now coaches the Buffalo Sabres and Tony the Wisconsin Badgers.

Cammi grew up with them before starring at Providence. In 1990 she joined Team USA eventually helping lead to a gold medal in the first ever Olympic women's hockey tournament in 1998 and a silver in 2002.

Family has always been important and that support got her through hockey early. Family has a strong connection to the book as well. The title of the book came with help of her niece Bailey and the illustrations her nephew Dom. The main character's name came from the person who Cammi is actually named after, her aunt Mimi who passed away at 15 from cardiac arrest. 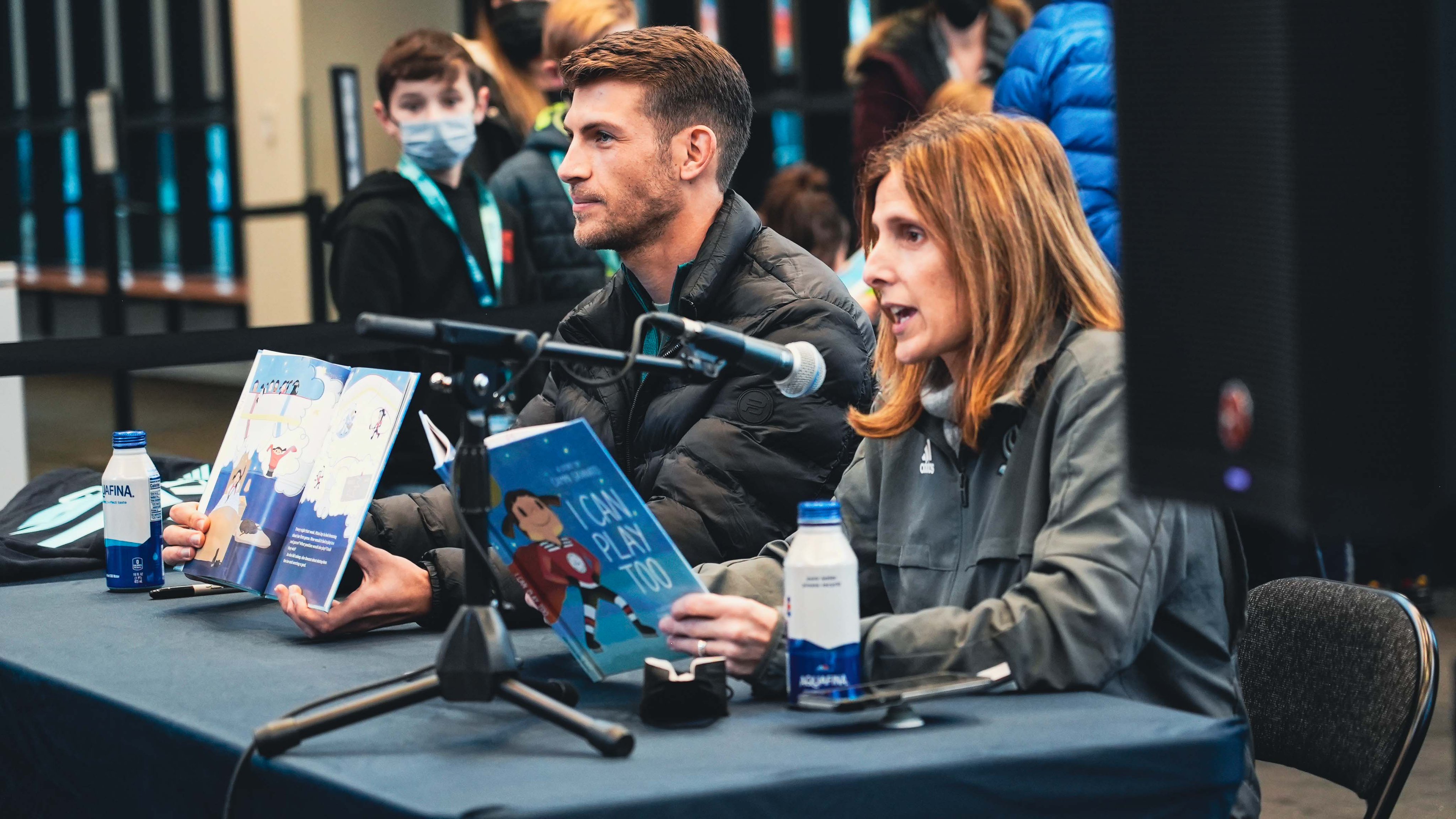 "I really wanted to honor her. Because I just feel a part of her," says Cammi whose full name is actually Catherine Michelle Granato.

Granato says she wanted to write a children's book for a while because she felt it was the best way to tell the story. She wants to inspire.

"The book isn't just for little girls in hockey. I think it's for any person that's tried to do something where maybe they don't look the same as everybody or there's not a path there in place. Or people are not supporting what you're doing," says Granato. "I think it's important for kids to not get swayed by other people's opinions. Or deterred from what they really love because they don't think they fit in."

Granato has really seen the sports grow since her early days of playing hockey, especially after Team USA won gold.

"The country really embraced our win. We were like whoa," says Granato.

Granato was hired on February 10th as an as assistant general manager with the Vancouver Canucks after spending three seasons as a scout with the Seattle Kraken.

"I am honoured to join the Vancouver Canucks and the hockey operations leadership group that Jim Rutherford and his team have assembled," said Granato in a statement on the Canucks website. "It's a dream to have an opportunity like this in the city that I call home, and with an exciting young team with championship aspirations."

Granato also has the Cammi Granato Girls Hockey Grant to help families who may be struggling keep girls in hockey. She also has a showcase tournament series that she will continue this year. She hopes this book can have a similar impact on young athletes.

"If you have a message and a story that they can read and be inspired by I think that's really the whole point," says Granato.

The books are being sold on her website(please hyperlink this on the word 'website' Childrens Book - Cammi Granato (cammigranato21.com)) and are shipped anywhere in North America.

Proceeds from the book will be donated to the Craig Cunningham Foundation for former NHL player Craig Cunningham who recovered from collapses on the ice from an acute cardiac arrest similar to her aunt Mimi.