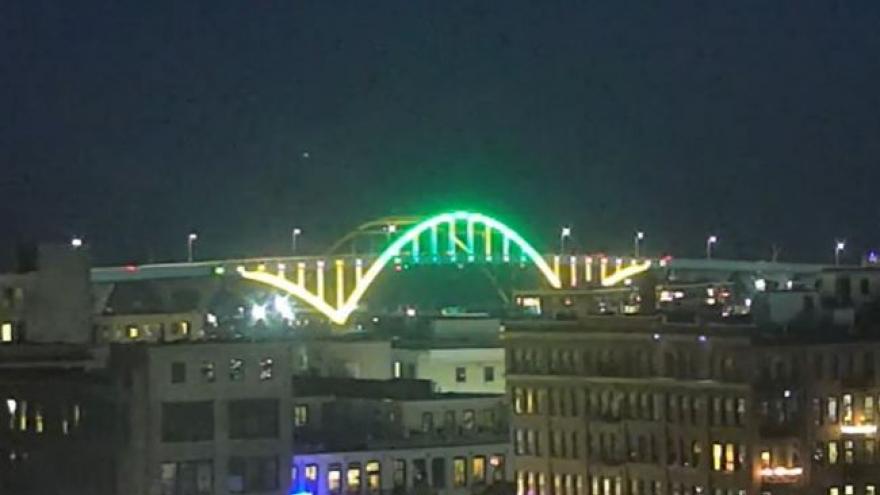 Today, the @packers lost a legend...

In honor of Packers legend and Hall-of-Famer, Paul Hornung, the bridge will shine green and gold tonight.

Hornung died at the age of 84 after battling dementia.

His blonde hair earned him the "golden boy" nickname but his talent on the football field during Green Bay's glory years made him an NFL legend.

Hornung saw the Packers to their first-ever Super Bowl win in 1966. He would later be inducted into the Pro Football Hall of Fame.