NFL Hall of Fame running back Paul Hornung dies at 84 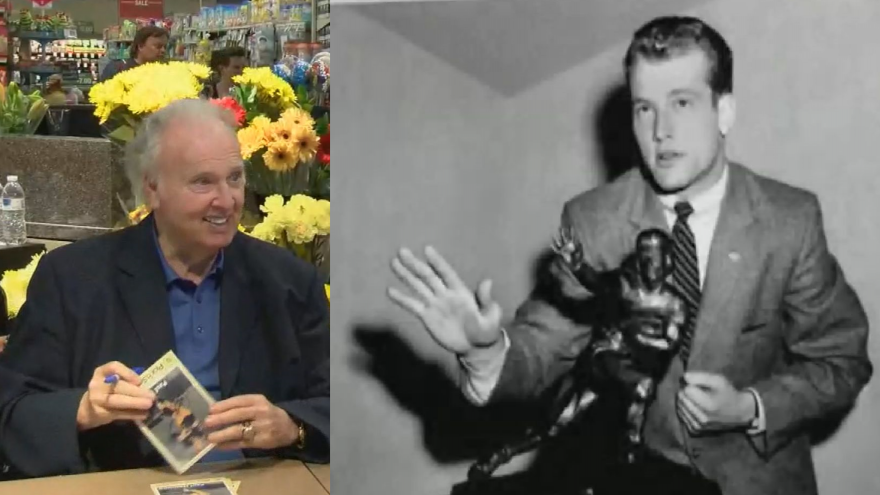 LOUISVILLE, Ky. (AP) — Paul Hornung, the dazzling “Golden Boy” of the Green Bay Packers whose singular ability to generate points as a runner, receiver, quarterback and kicker helped turn the team into an NFL dynasty, died Friday. He was 84.

He was inducted into the Pro Football Hall of Fame in 1986.

Hornung and another of the league’s top stars, Detroit’s Alex Karras, were suspended for 1963 by Commissioner Pete Rozelle for betting on NFL games and associating with undesirable persons. They returned to the NFL the next year.

Hornung won the Heisman as a quarterback. But he switched to halfback in the pros and was one of the NFL’s most dynamic players in Green Bay.

The Louisville Sports Commission announced today that Hall-of-Fame legend Paul Hornung died after a battle with dementia. Hornung was 84.

Schefter cites the Louisville Sports Commission which posted an article on its website on Friday, November 13. The article states, "Paul Vernon Hornung, one of the all-time great college and pro football players from the 1950s and 60s, passed away today in his hometown of Louisville, Ky., at age 84 after a long battle with dementia."