Hit and run family makes a plea to driver 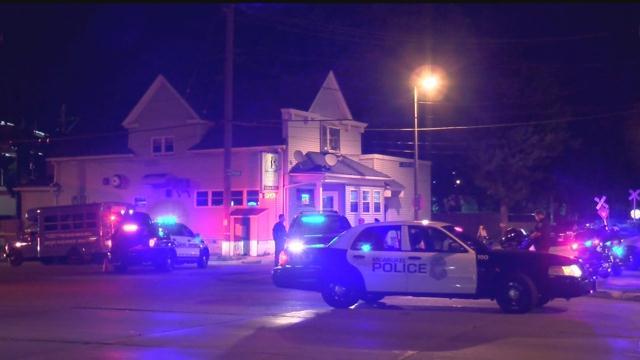 Family members of hit and run victim are asking for the driver to turn themselves in.

John Dobs is Carmen Medina's son in law who is now in the hospital, after police say this white SUV hit him near Miller Parkway. She has a message for the driver.

Medina says, \"I wish you would turn yourself in and don't be a coward, you're taking away a good man.\"

Dobs a father of three is fighting for his life.  Medina says he has broken ribs, is unconscious and unresponsive, and has bleeding in the brain.

\"He has a tube right here for breathing, but he's just knocked out.\"

West Milwaukee Police are still looking for the driver and believe the SUV may have a broken right headlight, and be a white gmc envoy or something similar. We spoke to witnesses after the accident.

Clifford Howard a witness says, \"I saw the car coming, and hit him and he flew up like a rag doll, I ran over and called 9-1-1, the guy was in pretty bad shape.\"

Medina believes her son in law was walking home when he was hit. She says she showed up to the scene not knowing it was her family. She says she's disgusted that someone would hit a person and keep going.

\"I hope to god the one who hit him turns himself in, at least do that for his kids.\"