Hit and run caught on camera 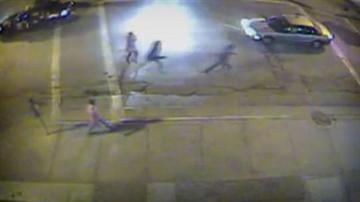 MILWAUKEE - CBS 58 News has obtained some graphic video of a hit and run accident that seriously injured a 27 year old man. The accident happened early Sunday morning near the intersection of Brady Street and Arlington. The victim was walking in the crosswalk when he was hit by a car. The vehicle kept going. Police later stopped a car with a broken windshield. The 27 year old woman driving apparently admitted she may have hit someone. She was later arrested after failing a field sobriety test. So far there are no charges in the case. The victim remains hospitalized. People who frequent Brady Street say they've seen a lot of close calls there and believe more officers assigned in the area would make it safer.