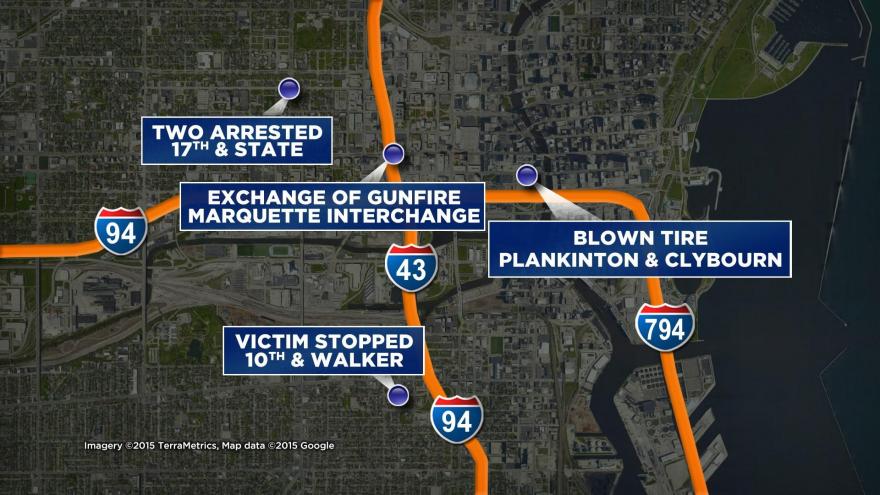 I-43 Southbound through downtown is back open now after a shutdown that lasted more than two hours.

The highway opened around 2:30 PM, but there was some additional investigative work going on right now behind me and that is holding up the traffic once again.

So, if you're expecting anyone home, it may be a little while.

A few hours ago all of these lanes were closed.

That's when Milwaukee Police officers and Sheriff Deputies were looking for whatever they could connected to this investigation.

The sheriff's department said various shell casings and bullet fragments were found during that highway search.

The gunshots started on the freeway near the Marquette interchange, which is the area where we are right now.

There was also a stolen vehicle found abandoned on the interchange itself.

Right now, it's not known to us if that is part of this investigation or something separate.

We do want to tell you, once again, the interstate is back open.

From this point forward, the sheriff's department is hoping if you know something about what happened, that you'll call them.