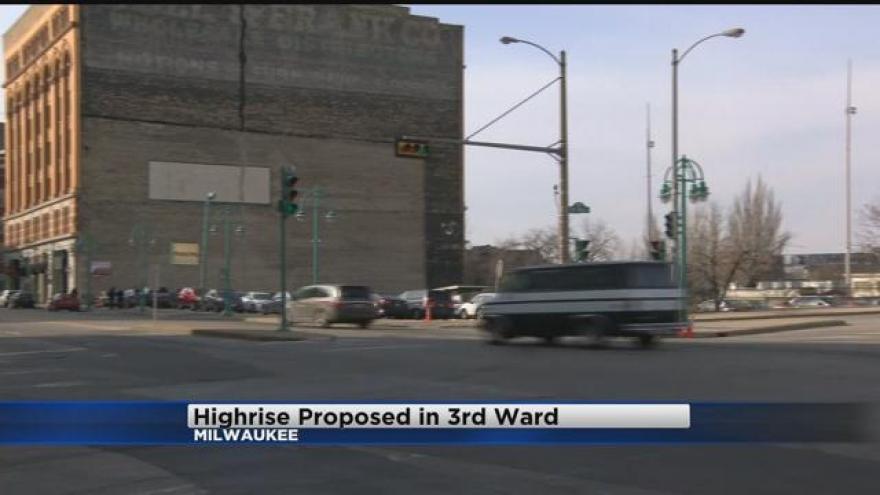 Milwaukee's downtown development continues to soar the latest project would tower high above the third ward.

One of the owners of the Shops at Grand Avenue is taking steps to develop a 20 to 30 story building that would feature a hotel, housing and shops.

The new high rise building would sit here at the entrance to the third ward.

This would be another big development for the area, less than a year after the third wards first hotel opened in June.

This is a busy area, just steps away from the public market.

There is already plenty of shopping and restaurants.

People who live and work here in the third ward tell me they hope the new high rise will bring more people and business to this growing part of the city.

"the development is very positive in terms of creating new tax base, construction and permanent jobs and CBS 58 reached out to the developers of this project, and have yet to get a response.