High Winds Kick Up Waves for Surfers in Sheboygan 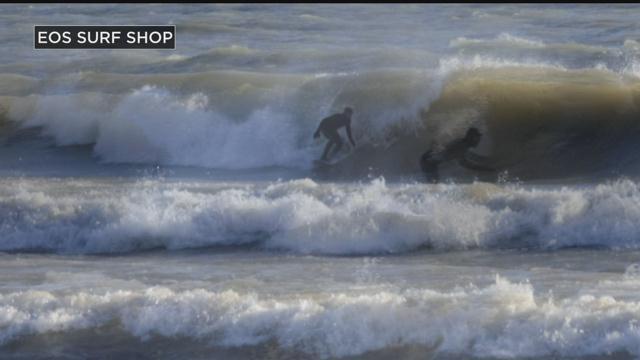 On Monday when some gusts peaked in the upper 40's and near 50 miles per hour, a couple of surfers braved the water in Sheboygan.

With their wet suits on, of course.

The owner of 'EOS Surf Shop' tells CBS 58 News that this spot on the lake has bigger waves and more barrels for surfers to enjoy.

Meteorologist Justin Thompson-Gee of CBS 58 Ready Weather says Sheboygan had the peak winds of all local communities on Monday with some gusts clocking in at 54 miles per hour.