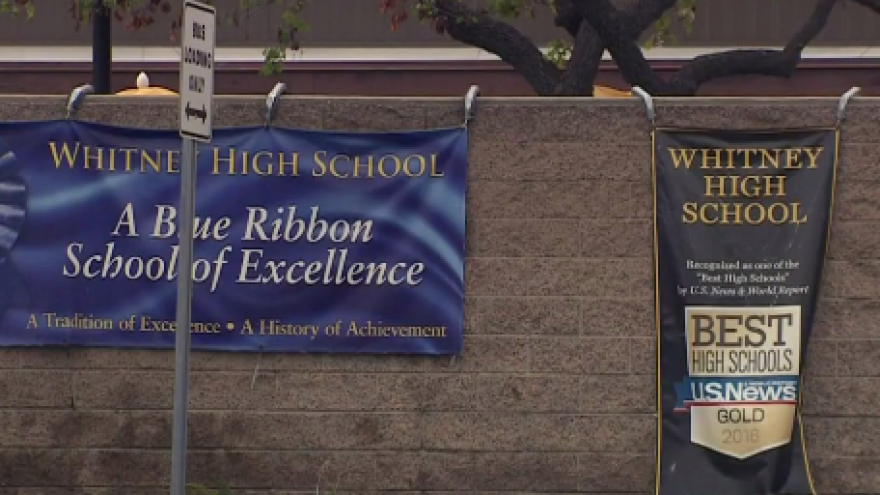 As KCAL9/CBS2’s Michele Gile reports, a high school in Cerritos is under fire after a controversial student history project about slavery.

Whitney High School junior Timothy Reyes had his hands taped together and was a part of a slave ship reenactment when he was an 8th grader on the Cerritos campus.

A mother complained recently after getting an email from her son’s teacher explaining the “unique classroom activity,” which was to be a surprise. Staff would act as slave ship captains, the email described, and the children slaves.

After lining the kids up, the note said, they’d “use masking tape to ‘tie’ their wrists together, make them lay on the ground, and in a dark room have them watch a clip from the film ‘Roots.’ ” 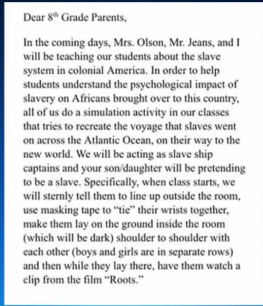 LaMonica Bryson, a Whitney High English teacher agrees with the decision to pull the activity from campus which students said was announced Monday.

“I think there are other ways to teach tolerance and maybe even better ways and best practices to broach these sensitive topics,” said Bryson.

“No you definitely don’t need to pretend to be a slave but it was another hands-on experiment used to simulate slavery,” said student Kaleem Syed. “Definitely not an effective way and there’s better alternatives than that.”