High Risk Traffic Stop Closes I-43, Results in No Arrests 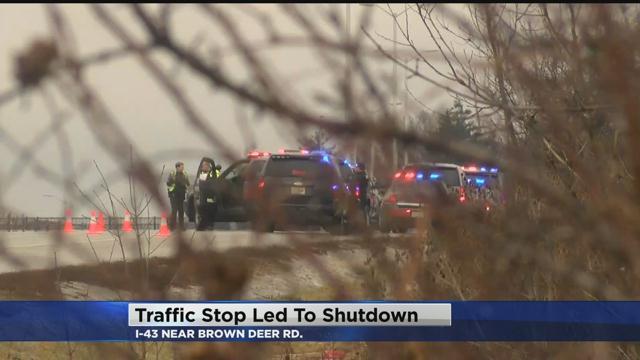 A high risk traffic stop that prompted authorities to shut down part of I-43 Wednesday morning resulted in no arrests, according to a news release from the Milwaukee County Sheriff's Office.

An hour-long search for a weapon also turned up nothing, according to the news release.

Starting around 11 a.m. authorities diverted traffic off the Southbound lanes of I-43 starting at Brown Deer Road. Traffic was able to re-enter the interstate at the Good Hope Road exit.

During that traffic stop several witnesses called to report someone had picked up a gun off the freeway nearby. Police investigated and learned that the item was actually a handheld radio, according to a press release.