Hundreds filled a tent in Burlington as state GOP leaders spoke about a number of issues like taxes, education and healthcare. Republicans also weighed in on the Brett Kavanaugh hearings that made headlines this week.

“I don't know about you, but I'm ready to have Judge Kavanaugh be the next justice on our US Supreme Court,” U.S. Senate Candidate Leah Vukmir said.

President Donald Trump ordered an FBI Investigation after the country listened to public testimony from the Supreme Court nominee and his accuser.

“The FBI investigation is going to be a fine step forward, what we want to do is see results in Washington and get away from this constant gridlock that's going on in Washington,” U.S. Congressional Candidate Bryan Steil said.

With just over a month away to the Nov. 6 elections, Governor Scott Walker specifically addressed a recent Marquette Law School poll showing his opponent Democrat Tony Evers ahead of him.

“You can help us change that poll and get to victory. Not just victory for me and all the other candidates, but victory but for our children, our grandchildren,” Governor Scott Walker said.

Steil says he’s been working to get his messages out to voters like; making health care more affordable and working on a long-term solution to what he calls a spending problem in Wisconsin. 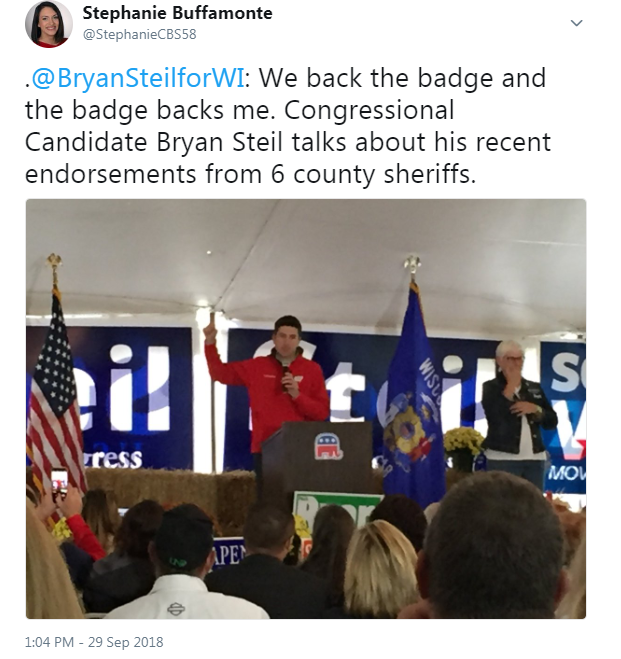 “We're in the fourth quarter. The score doesn't matter now, the score matters on Nov 6 and so I'm focused on getting out, getting my message out, introducing myself to voters.”

House Speaker Paul Ryan received a standing ovation from hundreds in the crowd. He’s been part of the Fall Fest event for the past 18 years. Speaker Ryan is set to retire and he reflected on his career Saturday. 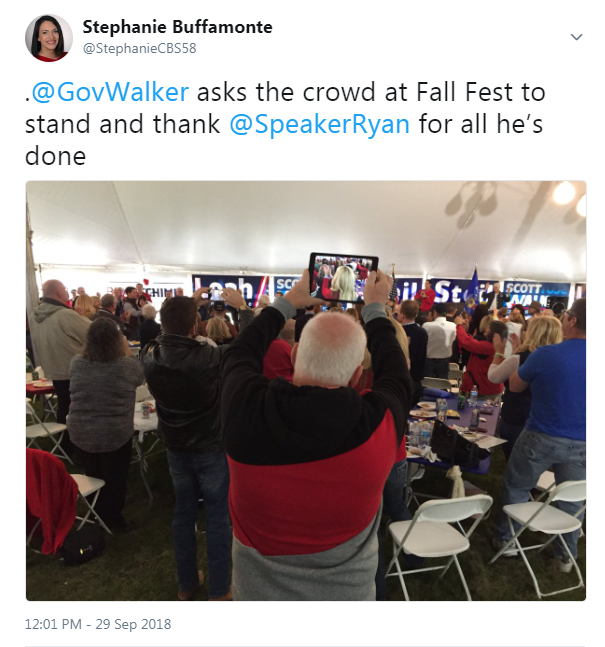 “It has been the honor of my lifetime to have served you. To serve you, to be a part of this,” Ryan said.

Election Day is Nov. 6, but many candidates encourage voters to head to the polls early.