"He's pretty much family": The emotional moment a woman met the man who received her husband's face 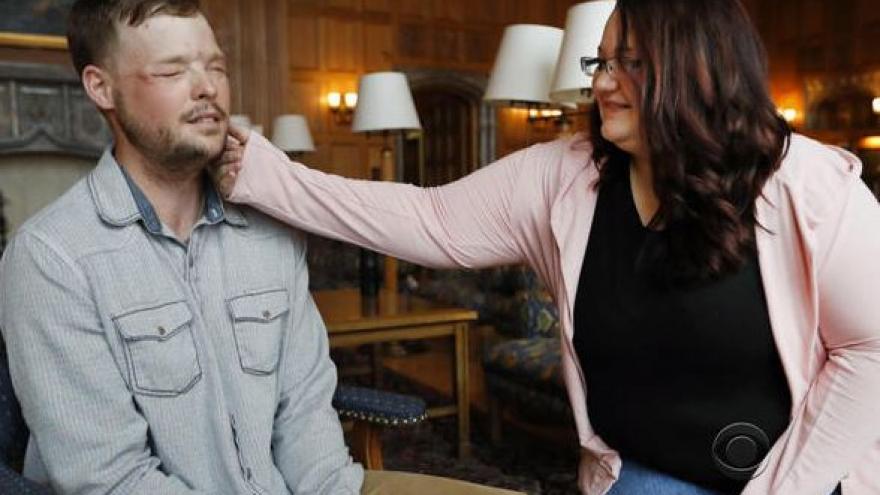 (CBS NEWS) -- In the summer of 2016, the world-renowned Mayo Clinic in Rochester, Minnesota performed its first face transplant. A widow donated her husband's face to a stranger in need.

Lilly Ross had worried about this moment, her first meeting with the man who received the face of her late husband in a groundbreaking transplant at the Mayo Clinic.

And it wasn't easy either for Andy Sandness, the oil worker from Wyoming who received Lilly's husband's face in a 56-hour surgery more than a year ago.

"All you can do is just prove to them that this has given you everything you had wanted," Andy said.

But after gathering last month, in the library of the clinic, Lilly and Andy found a shared peace after separate tragedies.

"With meeting Andy, it's finally given me closure," Lilly said.

"You couldn't ask for a better outcome," Andy said.

Lilly's husband shot himself last year, just as Andy had done a decade earlier, destroying his face. But out of that tragedy, Lilly feels new growth.

"Well, it's, pretty much since everything happened has happened, he's pretty much family," Lilly said.

And Andy now has a life he's enjoying.

"I'm able to chew food, go sit down in restaurants, and just it's been unbelievable," Andy said.