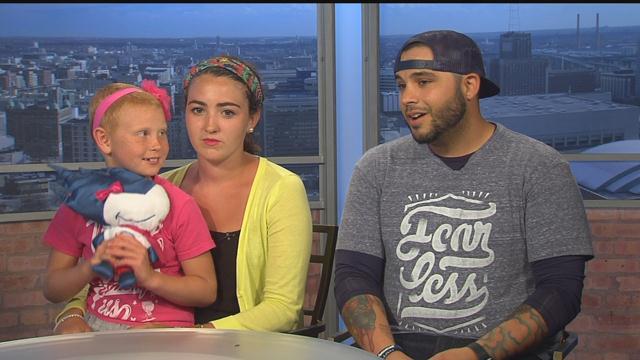 Manny Munoz, a childhood cancer survivor from Oregon, traveled to Children's Hospital Friday to visit with young patients facing the same battle he did.

He also is putting together a fundraising event to raise money for specialty items to be handed out to patients at Children's Hospital of Wisconsin.

Items like a gameboy or an i pad which he says help kept him entertained and lifted his spirits during very tough treatments.

In December 2011, Manny and his family gave a young boy named Michael an XBox 360 as a way of “Giving Back.”

Since then he's developed what he calls \"Gamerosity.\"

A fundraising effort on several platforms from the web to facebook, gathering money for hero packs for children across the country to let them know someone cares.

Munoz was a special live guest on the CBS 58 News at 4:30 p.m. He was joined by local patients Keegan Denecke and Emma Paulson.

The concept is simple; treating kids with cancer to fun through video games and help them escape the daily grind at the hospital.

On Saturday at Marquette University the group is bringing the community together to celebrate life and rock Childhood Cancer Awareness Month with games galore!

The goal is to encourage the community to learn the effects and burdens of childhood cancer, and present our platform for practical, tangible generosity in hopes of revealing how powerful compassion and connection can be to a struggling family.

It will be a party atmosphere with a Live DJ, Bounce Houses, Inflatables for all ages, Lifesize games, Crafts, and much more. A full Gamerosity apparel store will be available, with purchases going directly to fund Hero Campaigns, along with information about the allies in our Hero-supporting journey.

We'll also be raffling off a NEW iPad Mini and Gamerosity goodies, with proceeds going toward a local child's Gamerosity Hero Package.