Milwaukee police: 5 dead in shooting near 12th and Hadley, suspect in custody

Milwaukee police: 5 dead in shooting near 12th and Hadley, suspect in custody

MILWAUKEE (CBS 58) -- Five people are dead following a fatal shooting near 12th and Hadley in Milwaukee on Monday, April 27.

Milwaukee police said the victims range in age from 14-41.

Authorities say all of the victims knew each other.

Officials said they received a call this morning from a man saying his family was dead. That man is now in custody.

Police just put a man in handcuffs into this van. @MilwaukeePolice say the is still an active and fluid investigation. @CBS58pic.twitter.com/j8IKjybdVd

Milwaukee Mayor Tom Barrett was at the scene following the tragedy. He said there is a child survivor in this incident, who he believes is 3 years old.

@MayorOfMKE addressing media. Says there is a child survivor in this. Says it was a family matter here near 12th and Hadley. pic.twitter.com/JAXj7SHjda

"There’s a lot of stress,” said Mayor Barrett. “The living conditions here-this is obviously a poor neighborhood and I don’t know how many people lived in this house. I don’t know if there was more than one family. But again, this is a stressful period and we’ll have to wait and see exactly what happened here.”

MILWAUKEE (CBS 58) -- Milwaukee police are investigating a fatal shooting near 12th and Hadley on Monday, April 27.

There is a large police presence in the area following the shooting.

Several streets were blocked off by authorities in the area. 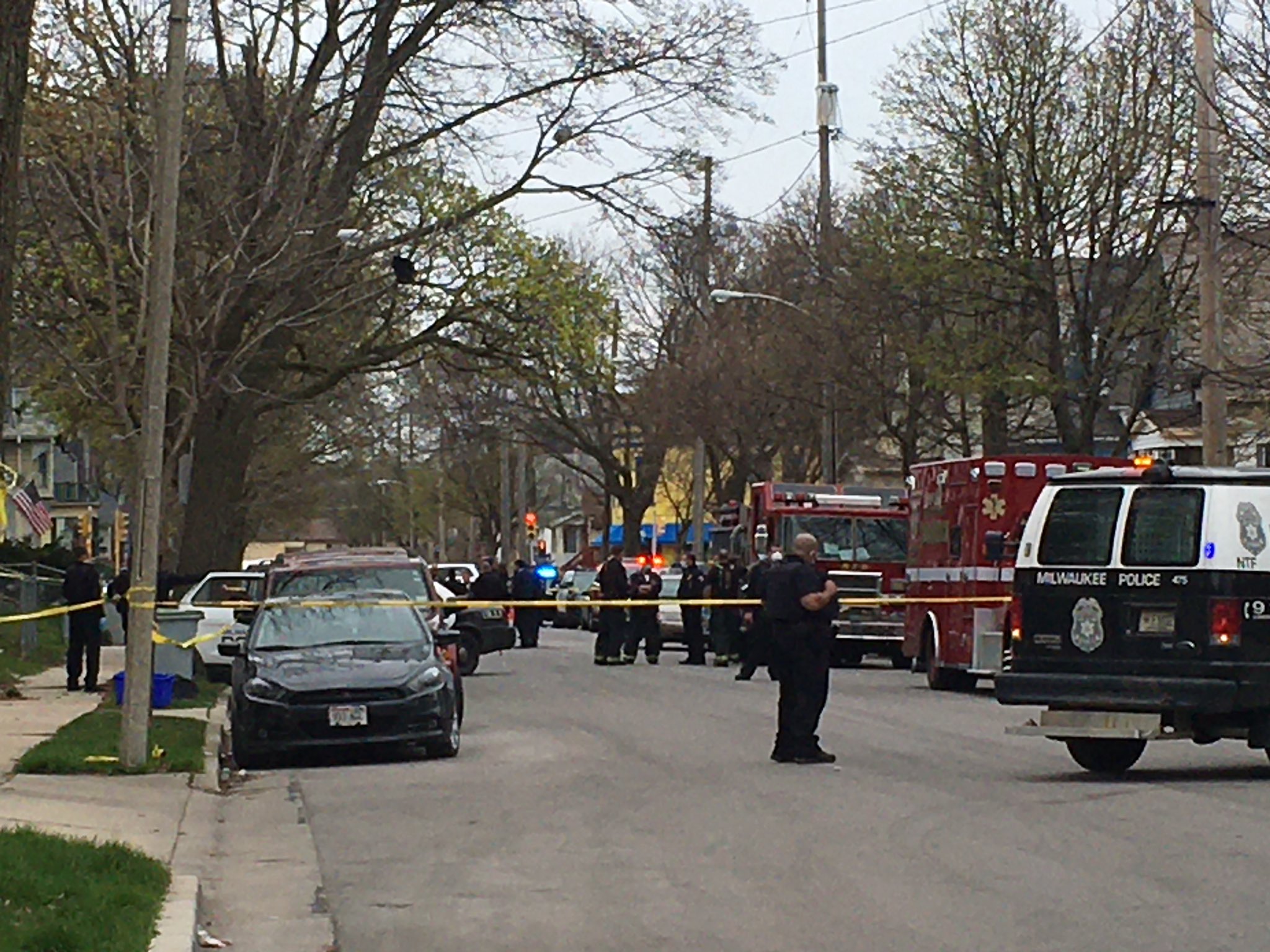