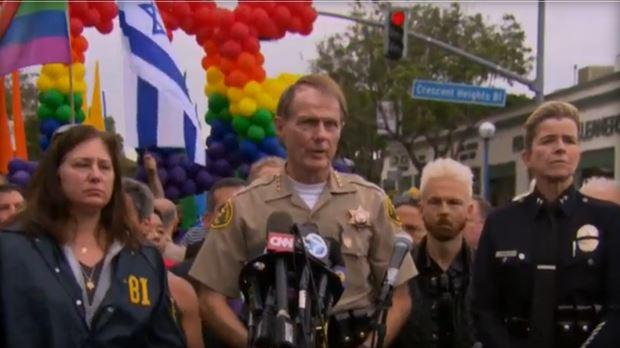 News of the arrest comes hours after a man identified by authorities as Omar Mateen shot and killed 50 people inside a gay nightclub in Orlando, Florida, and wounded 53 more early Sunday morning.

"An individual here, we believe completely unrelated (to Orlando), who said he was coming to Pride who was heavily armed and was apprehended by Santa Monica police department officials in the area last night," said Los Angeles Mayor Eric Garcetti at a press conference Sunday.

The parade is continuing as planned.

Authorities have not released the suspect's name, or confirmed the weapons in his possession. It is not clear if charges have been filed.

FBI Special Agent Deirdre Fike said officials do not believe the man was working with anyone else.

"At this point there's no known credible threat here in the Los Angeles area," Fike said.