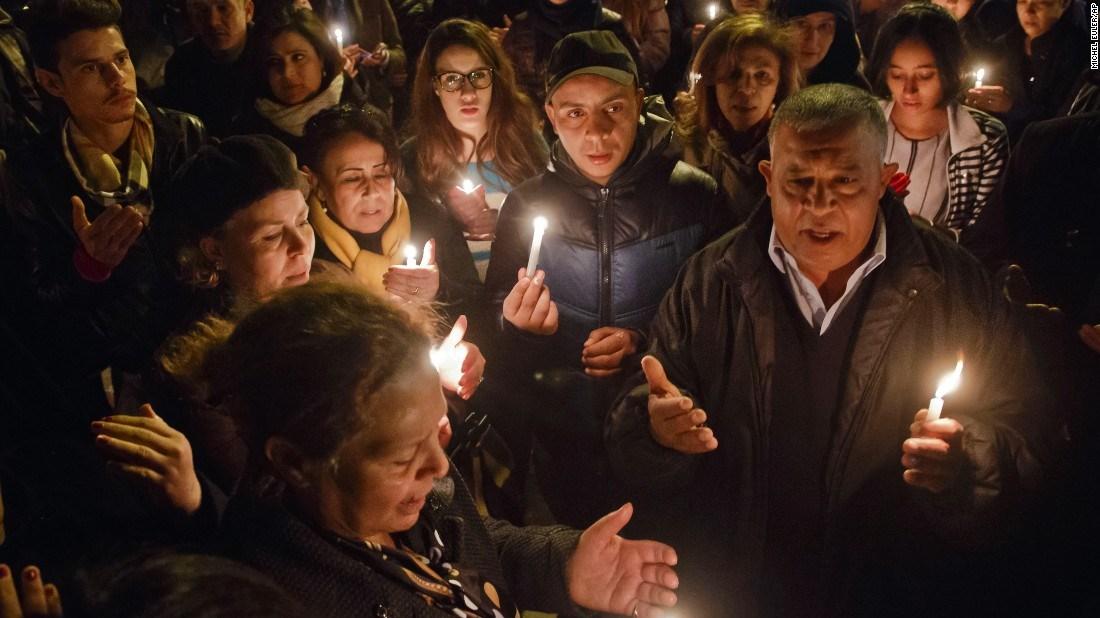 It will be a day of heartbreak, sadness and defiance. Pride, milestones and solace.

Tunisians will gather Friday to celebrate 59 years since their independence from France.

And as citizens mark the milestone, a brazen attack that left 23 people dead two days earlier will not be far from their minds.

The terrorist attack at the Bardo museum in the heart of Tunis has shaken the birthplace of the Arab Spring, and forced it to take a hard look at the issue of militants in the country.

In an audio message posted online Thursday, terror group ISIS claimed responsibility. It identified two men and applauded them for killing and wounding \"crusaders and apostates\" with \"automatic weapons and hand grenades.\"

And that bloodshed is \"just the start,\" the ISIS message warned.

CNN cannot independently verify the legitimacy of the audio statement.

Most victims were foreigners

The attack may have been in and about Tunisia, but the majority of the victims were foreigners. Fatalities included three Italians, three Japanese, two French, two Poles, a Belgian, a Russian and a Briton, according to cruise ship companies and their respective governments. Three Tunisians were also killed.

Tunisia has been viewed as the lone democratic success story in the Arab Spring.

But the North African nation is not without its issues. It is believed to be the country with the most number of people -- up to 3,000 Tunisians -- fighting as jihadists in Iraq and Syria, according to the International Centre for the Study of Radicalization in London.

Authorities there have already arrested nine people in connection with Wednesday's attack, including four directly linked to the bloodshed, according to President Beji Caid Essebsi.

The siege took place days after a Tunisian jihadist tweeted that a pledge of allegiance to Abu Bakr al-Baghdadi, the leader of ISIS, was coming soon, according to the SITE Intelligence Group, which monitors terrorist propaganda.

In his message, the jihadist claimed to belong to Jund al-Khilafah in Tunisia, a group that in December pledged allegiance to ISIS, even though that vow hadn't seemed to have fully registered with the Islamist extremist group. His post comes after an ISIS fighter in the extremist group's stronghold of Raqqa in Syria recently appeared in a video questioning why militants in Tunisia had not pledged.

\"This raises the possibility that the museum attack could be ISIS' debut on the Tunisian stage, timed to precede a pledge of allegiance from Tunisian jihadis for maximum impact,\" CNN terrorism analyst Paul Cruickshank said.

'Heart of our livelihood'

Twelve of those killed had been aboard the MSC Splendida, a cruise ship that docked in Tunis hours before the bloodshed. Five more victims came from a similar vessel, the Costa Fascinosa, which was at port in the Tunisian capital at the same time.

The Bardo had been a logical stop for these tourists, housed next to Tunisia's Parliament in a 19th century palace and cast as a \"jewel of Tunisian heritage.\"

Its prominent place in Tunisia's economy -- which banks heavily on tourism, with millions visiting the country each year -- also made it a logical target for terrorists.

\"They hit the heart of our livelihood,\" said Mohammed Ali Troudi, a taxi driver in Tunis.

The question is now whether the attack will affect tourism in the nation, a major form of livelihood.

Experts fear of a vicious cycle: If the tourism industry fails, it will lead to higher unemployment rates, which may send youth to jihadi groups.