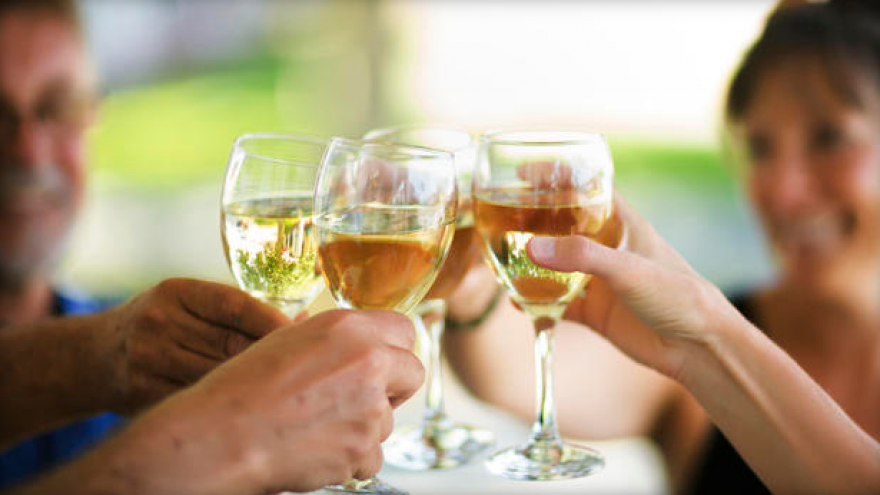 WASHINGTON — (CBS NEWS/AP) The U.S. government is shutting down a study that was supposed to show if a single drink a day could prevent heart attacks, saying ethical problems with how the research was planned and funded undermine its credibility.

The National Institutes of Health used money from the alcohol industry to help pay for a study that ultimately was expected to cost $100 million. Adding private money to taxpayer dollars for research is legal under certain rules. The problem: An NIH investigation concluded Friday that a small number of its employees had close contact with industry officials that crossed those lines.

Some of those interactions "appear to intentionally bias" the study so that it would have a better chance of showing a benefit from moderate alcohol consumption, said NIH Deputy Director Lawrence Tabak.

Those employees, from the NIH's National Institute on Alcohol Abuse and Alcoholism, then kept their interactions with industry secret, he said, after the NIH started the appropriate process for asking companies or other outside groups to help fund a research project.

Those actions cast "doubt that the scientific knowledge gained from the study would be actionable or believable," Tabak told a meeting of the NIH director's advisers.

Another concern: Some outside experts who had reviewed the study plans raised concerns that it was too small and too short to address the potential problems of a daily drink — such as an increased risk of cancer or heart failure — and not just potential benefits such as a lowered risk of a heart attack.

"Purely on scientific grounds, I never really quite understood why this trial was being done," Dr. M. Roy Wilson of Wayne State University told NIH Director Francis Collins after hearing the investigation's conclusions. People who have a glass or two of wine — himself included, he said — "don't do it for health reasons."

The research was supposed to track 7,800 people who were assigned to take either a drink a day, or totally abstain, for several years. Only 105 people had enrolled by last month, when Collins temporarily suspended the study after a New York Times article first raised questions about the funding policy violations.

The Times reported that emails and travel vouchers obtained under the Freedom of Information Act, as well as interviews with former federal officials, "show that the institute waged a vigorous campaign to court the alcohol industry, paying for scientists to travel to meetings with executives, where they gave talks strongly suggesting that the study's results would endorse moderate drinking as healthy."

The study "is not public health research — it's marketing," Dr. Michael Siegel, a professor of community health sciences at Boston University School of Public Health, told The Times after a reporter showed him slides from the scientists' presentation to industry executives. "They're admitting the trial is designed to provide a justification for moderate drinking. That's not objective science."

On Friday, Collins announced he was completely shutting down the research. "This is a matter of the greatest seriousness," he said.

The study was being led by a researcher at Beth Israel Deaconess Medical Center in Boston, which didn't immediately comment on the decision.

Asked if it would be possible for NIH to try to answer some of those health questions after the financial controversy, Tabak responded: "It would not be an easy study to conduct."