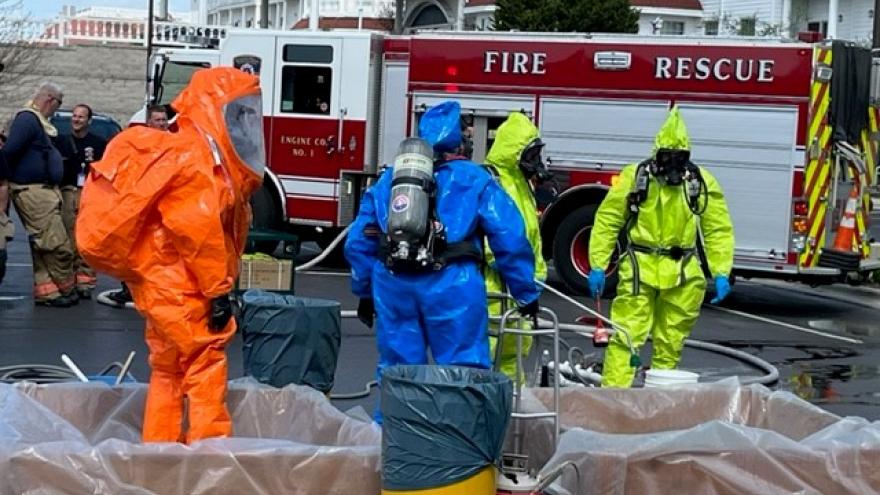 An employee of the resort said when he opened the door to the pool filtration room and was overcome with fumes, so he immediately shut the door and called the fire department.

Emergency crews determined that the spill was contained to the pool filtration room.

According to the Sheboygan Fire Department, the disconnected hoses caused the chemicals to mix together on the ground, causing a noxious odor and fumes. They say a minimal amount of chemicals were released from the injection system.

The hazmat team turned off the pumps and valves for the chemicals and the fire department washed down the area and diluted chemicals with water to make the area safe.