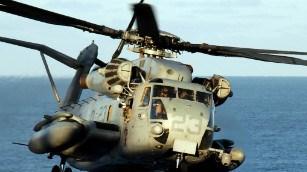 (CNN)Twelve Marines who went missing when the two helicopters carrying them apparently crashed off the coast of Hawaii last week have been declared dead.

A witness on January 14 saw a fireball in midair; another reported seeing a flare. The U.S. Marine Corps notified the Coast Guard that two CH-53 copters, carrying six men each, were missing. A search ensued involving the Navy, the National Guard, as well as Hawaii fire, police and Ocean Safety.

The Marine Corps on Thursday said it changed the status of the Marines to deceased "after five full days of search and rescue operations. Marine Corps casualty assistance calls officers personally notified each family of the change."